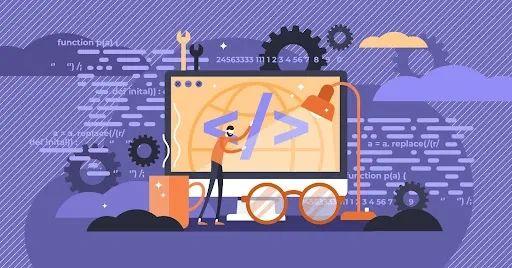 Real-time collaborative coding was difficult for software developers a few years ago, but not anymore. When coders use a feature that allows them to access the same platform, all the developers can see the same thing simultaneously, allowing everyone to collaborate in the same context simultaneously.

But what if the number of programmers or developers grows? Will they be able to work on multiple projects simultaneously without sacrificing quality, accuracy, or codes?

You will work on some projects as a pair or with a team of developers/coders on projects that require your interactive ideas and each other's contribution in reviewing and writing clean and error-free code.

Let's look at developers' most trusted collaborative coding tools in 2023.

Live Share is an extension that seamlessly uses VS Code for desktop or the VS Code web client. Live Share enables developers to collaborate on a shared codebase while preserving each collaborator's ability to navigate and work independently. While many code collaboration tools only consider the host's perspective, Live Share allows users to navigate files and make code changes on their terms.

Live Share allows you to share your workspace, terminal, and local servers and communicate via voice. With additional valuable features such as group debugging and a focus-and-follow feature, Visual Studio allows you to draw your collaborators' attention. The best part about VS Live Share? It's free!

Front-end designers and developers often use CodePen, one of the most popular social coding programs. Subscribers to CodePen Pro have access to Collab Mode, allowing multiple users to edit the same pen simultaneously. Only the pen's owner must have a Pro subscription for this to work.

The Collab Mode reflects each user's changes, selections, and settings changes, including a built-in live chat area. The pen owner can save the changes, and collaborators can fork the results into their pens.

While you probably won't be doing your main development on a CodePen, it's a great way to troubleshoot sessions with a coworker, conduct interviews, or collaborate in other impromptu situations.

Codeanywhere is a powerful code-editing platform that enables developers to work together in real-time using a built-in terminal console for tasks and share their code from any device.

The focus of Codeanywhere is collaboration. You can generate a sharing link instantly instead of zipping up your project whenever you want to share it.

The live pair programming feature promises a Google Docs-style document editing experience with no limit on the number of collaborators, similar to Live Share or Teletype. Another part we're familiar with from Docs is that clicking on your collaborator's icon takes you to the line they're working on.

CodeTogether has emerged as a new contender in the space and is designed specifically for remote pair programming.

Most tools we've looked at are built around a single editor, limiting their usefulness because editor preferences aren't always consistent across teams.

Because it works with Eclipse, VS Code, and IntelliJ-based IDEs, CodeTogether is particularly appealing. Participants can use a browser-based editor regardless of their preferred editor, making CodeTogether suitable for many users.

Participants in CodeTogether, like those in Live Share, are free to move around the project. Users can work on their tasks, search across all shared projects, or choose to follow the viewpoint of another user.

Cloud9, a collaborative coding tool powered by AWS, allows developers and programmers to run, write, and debug code in pairs or as a team in just a few clicks.

Cloud9 offers remote pair programming, allowing developers to share their preview, running application, or even their entire program development with their collaborators in real-time.

Collaborators can see each other's cursors while typing, running the app, sharing the terminal (s), and communicating in a group chat. The colored lines will show the users' contributions, allowing collaborators to keep track of them.

Codeshare is a simple and convenient online code editor that allows developers to share their code in real-time without creating an account.

Developers can write or copy code, share it with their collaborators, and troubleshoot it for various purposes, including project reviews, coding tasks for developer interviews, and even teaching people to code.

To get the URL, go to codeshare.io and click "Share Code Now" to begin typing or pasting your code, then click "Share" at the top of the screen. The code will be visible in real-time to anyone with access to the URL.

You can enable the "View only" mode, which is only available to registered users if you want others to look at the code. Codeshare also has a video chat feature that allows collaborators to communicate more effectively.

GitLive is one of the most popular tools for extending the capabilities of your IDE (Integrated Development Environment) for real-time collaborative coding. It works with most Jetbrains IDEs, including Android Studio and VS Code.

The way Android Studio detects or avoids merge conflicts, in particular, improves relationships among developers working on a project together.

When you try to edit, review or write new code for a specific section after one of the team members has made changes to the existing codes, red conflict indicators appear in the gutter of GitLive's editor. You can choose to resolve or delete when merging the files.

Collaborative coding tools assist in effectively communicating and coding with your team, regardless of location. Plus, most are free to use or require a nominal subscription fee.

This method of using collaborative tools like MS Live share, Codeshare, CodePen, etc., allows two or more programmers to collaborate on the same code, sharing ideas and resolving issues as they arise.

While tools are vital for the development process, working with a world-class team can take your career to the next level. If you want a lucrative career as a software developer, sign up with one of America's Best Startup Employers in 2023 - Turing, and be a part of elite teams and projects.