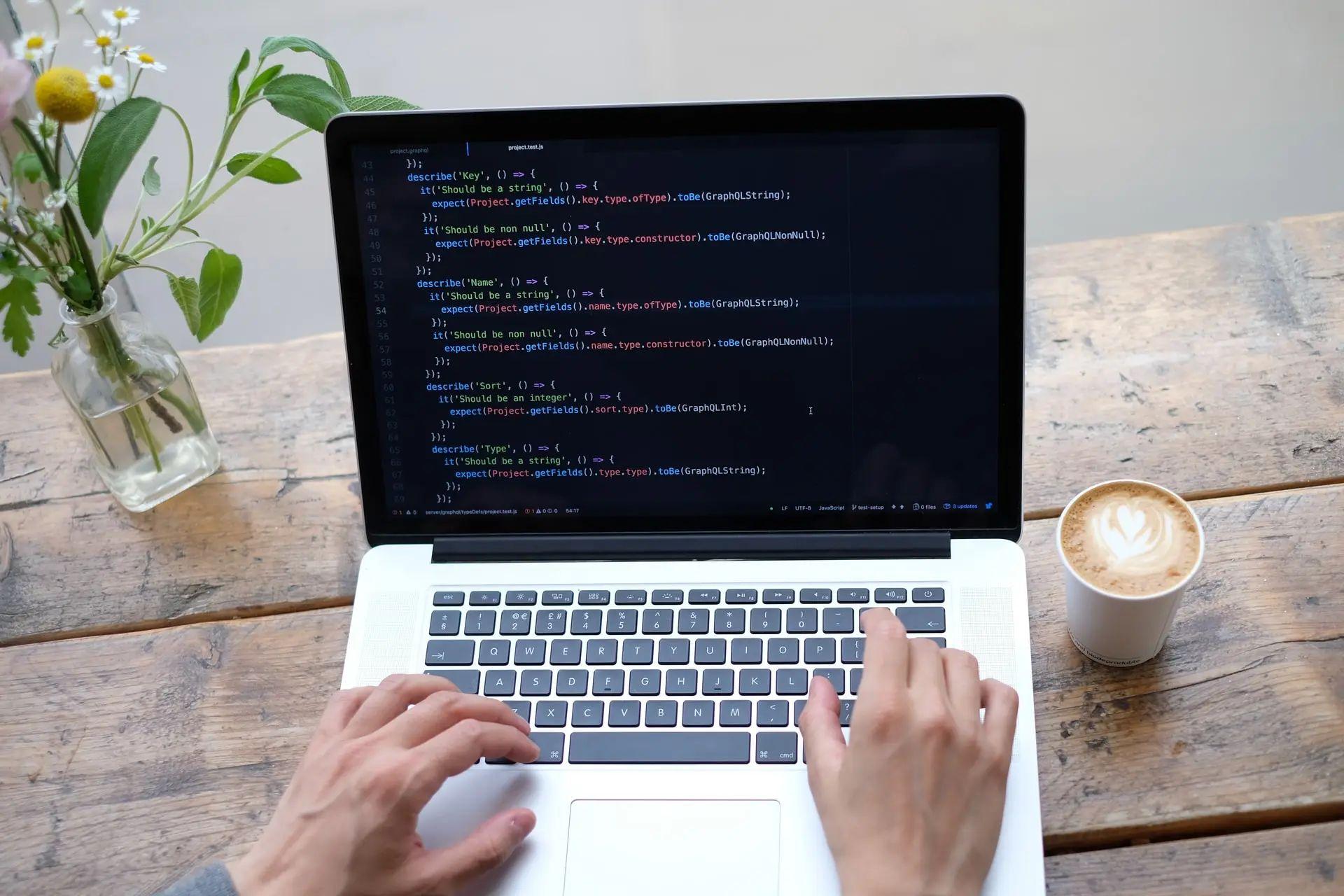 Here's the thing about programming: if you're a natural problem solver, it's not nearly as difficult as people assume. If you enjoy being presented with an issue that you can solve, then a coding job may be ideal for you. Even better, many coding jobs can be done remotely – in fact, remote coding jobs were prevalent before the pandemic, both for full-time and freelance work.

Whether you want to create wonderful websites that do all sorts of creative and unique things, make highly helpful mobile apps for smartphones, or do something as basic as tweak the style and functionality of your blog, coding skills will get you there and into a programming job if being a freelancer isn't your thing.

Web development as employment is anticipated to rise by 8% between 2019 and 2029, implying that there will be even more work opportunities in the future (and there are already tons on LinkedIn). The typical web developer earns roughly $77,200 per year and in many cases, significantly more.

The best aspect about programming jobs is that most of them are accessible from home. You may work from any location with a good internet connection, including your home office.

That means you don't have to go to San Francisco to pursue a rewarding coding job in technology; instead, you can work from home (or travel the world if you prefer). Instead, look for organizations that recruit for remote coding jobs, such as the ones listed in this article.

Are you curious about what a coding job entails? Check out these 14 fantastic coding jobs you can do from anywhere.

"Web developer" may be a catch-all word in technology for someone whose primary job is to write code because that's what developers do on a broad level: they build the code that drives every website on the internet.

Web developers collaborate with designers to design a website into a fully functional website that can be accessed over the internet. A web developer may spend her day writing JavaScript, PHP, Ruby, Java, or Python (among other languages) to design websites, depending on the given role. These are the talents companies are searching for when posting coding job vacancies for web developers.

As previously stated, web developers earn an average computer coding salary of $77,200 a year; however specializing and having more years of expertise significantly improves that figure.

Front-end developers are software developers that write the code for the user-facing portion of a website, such as the HTML, CSS, and occasionally JavaScript code that governs how a website appears and performs.

A front-end developer produces the bulk of what you see on a website, known as the "presentation layer," such as buttons, animated symbols, or even the text in a blog post.

They collaborate with back-end developers (more on them later) to produce user-friendly websites and online apps that function properly (and the way the user expects). Front-end developers earn an average salary of $110,000 a year.

Full-stack developers understand how to make a website design and convert it into a fully functional site, with both front end (HTML, CSS, and JavaScript) and back end (Ruby, PHP, Python, Java, and/or others) code created and running. While the front end of a website includes everything you see and interact with, the back end can comprise one or more programs (such as a CMS or shopping cart platform), a database, and/or a server.

A full-stack developer often focuses on one major programming language, such as Ruby, while others are skilled developers in more than one computer language. Although not every full stack developer builds a website from start to finish, their ability to pitch in at any stage in the process makes them extremely important (and in great demand) on any dev team. A full stack developer earns a salary of $112,000 on average.

App developers create online and mobile apps. The kind of languages and specific abilities they require depend on the platform for which they are developing apps (web, Windows, iOS, or Android).

In general, app developers must be able to take mockups sent to them by web or mobile designers and turn them into apps with exceptional user experiences while adhering to best practices for designing apps for their chosen platform. In other words, mobile designers submit prototypes and user interface designs to app developers, who then make the app work on the device(s) for which it was built. App developers make an average salary of $120,000 per year.

WordPress is the most popular CMS (content management system) in the world, accounting for 65.3 percent of all websites created using WordPress-based CMSes. WordPress developers must be PHP experts and HTML, CSS, and JavaScript specialists.

One of the finest aspects of WordPress development is that it is suitable for both freelance and full-time remote work. Thousands of businesses of all sizes use WordPress to power their websites, implement SEO tactics, and provide content marketing and customer support. WordPress can host almost any type of website, from online businesses to event sites, thanks to the enormous variety of plugins and themes available. WordPress developers earn a computer coding salary of $65,000 per year on average.

Back-end engineers (also known as back-end developers) work on the server-side code (opens in a new tab) that drives a website. They combine the code written by front end developers (the HTML, CSS, and JavaScript that controls the presentation side of the site — what the user sees) with the site's back-end code (which is where the site's data — things like content, user accounts, and anything else that may be stored in a database — is stored and accessible).

In addition, they deal with APIs, databases, and programming languages such as Ruby, Python, and PHP. While back-end engineers concentrate on certain back-end languages, they must also be conversant with front-end code (JavaScript, HTML, and CSS) to make that code work with their back-end code. On average, back-end engineers earn a salary of $120,000 per year.

It should be noted that there is considerable overlap between the positions of front-end developer, web developer, and JavaScript developer. A role that primarily needs JavaScript and JS frameworks may be characterized as a "front end" or "web dev" coding job. JavaScript engineers earn a salary of $72,500 on average.

Back-end code is written in the Ruby programming language by Ruby (and Ruby on Rails) developers. Ruby is a popular programming language for web projects that has been used to create sites such as Hulu, Basecamp, GitHub, and Airbnb. Ruby is also a very easy language to learn since it is similar to spoken English. Because of this, it is frequently cited as one of the finest programming languages to learn. Even better than being simple to learn, a Ruby developer’s average annual salary is $108,000.

Python developers are among the most in-demand professionals in the computer industry today. They cater to big industries like scientific research, big data, machine learning, and finance with online apps and data visualizations. The annual computer coding salary for a Python developer is $100,411.

API engineers work in a highly specialized field. An API is what allows one web service to connect with another readily. Twitter's API, for example, enables it to integrate with third-party applications that marketers use to schedule social media posts or dig deeper into metrics. An API engineer may be charged behind the scenes with either maintaining a service's API or working with APIs that a firm wishes to use for their own service (The second is commonly referred to as an API Support Engineer). API engineer coding jobs aren't extremely widespread, but they do exist. API Engineers frequently earn a salary of $80,000 per year.

Web designers create websites that look fantastic and function properly on any device. Web designers ensure that you can obtain the information you need online while still having fun using design principles, HTML and CSS, and responsive design. Web design does not need coding jobs in the same way as the jobs listed above do, but many designers do. If you want to work as a web designer, you should know that the typical annual salary is $60,000 per year.

User experience (UX) designers put in the time and effort required to ensure that users have the greatest possible experience when using websites. They are responsible for researching, testing, and improving the entire user experience on websites and other digital goods. And UX is one of the top 50 greatest coding jobs in America. UX is a subset of the design discipline. UX designers, like web designers, do not always code, although they frequently do. If being a UX Designer seems appealing, you'll be pleased to find that the average salary is $97,000.

Because they have the expertise required to understand the company's goods inside and out, technical marketers are frequently employed at more sophisticated tech organizations, even for basic marketing and coding jobs. The average computer coding salary is $77,000 per year for the technical marketer.

Like anything else that can be constructed, the internet is subject to mischief. Global cybersecurity threats become more sophisticated every year, and organizations require protection. Most firms can get by with standard software, but those with sensitive data and complicated computer systems require more advanced expert support. As a result, remote coding jobs are a good option. Cybersecurity specialists often require some training, although several American institutions offer excellent cybersecurity coding boot camps. These programs are an excellent opportunity to start a cybersecurity career by gaining current industry knowledge and experience.

How can Turing help you get there?

After submitting your CV, you will be asked to complete three tests: a seniority evaluation, a tech stack exam, and a live coding challenge. If you pass these exams, you will be able to apply for a range of coding jobs based on your skills.

Turing does not require you to acquire clients, write a resume, or market yourself independently. Turing will put in the maximum effort in providing you with these opportunities and supporting you to land the best opportunities. Once you've completed the screening and been approved, Turing's AI Matching Engine will actively search for remote US employment that matches your career goals and skill set.

Coding is a fantastic career. You will receive good compensation and enjoy a lot of workplace flexibility. No matter what industry you're interested in, there is a need for programmers, so there will always be a need for coders. Additionally, there are numerous opportunities for promotion.

What type of coding job pays the most?

Being an AI engineer, Front end/Back end/Full stack developer, or any developer in most of the tech stacks can provide with you great compensation. However, it is important to focus on your skills as that is what separates you from the rest.

What is the easiest coding job to get?

There is no such thing as an easy coding job. As long as you’re passionate about working on your favorite tech stack you'll find that easy.