18 Best Programming Languages to learn in 2023 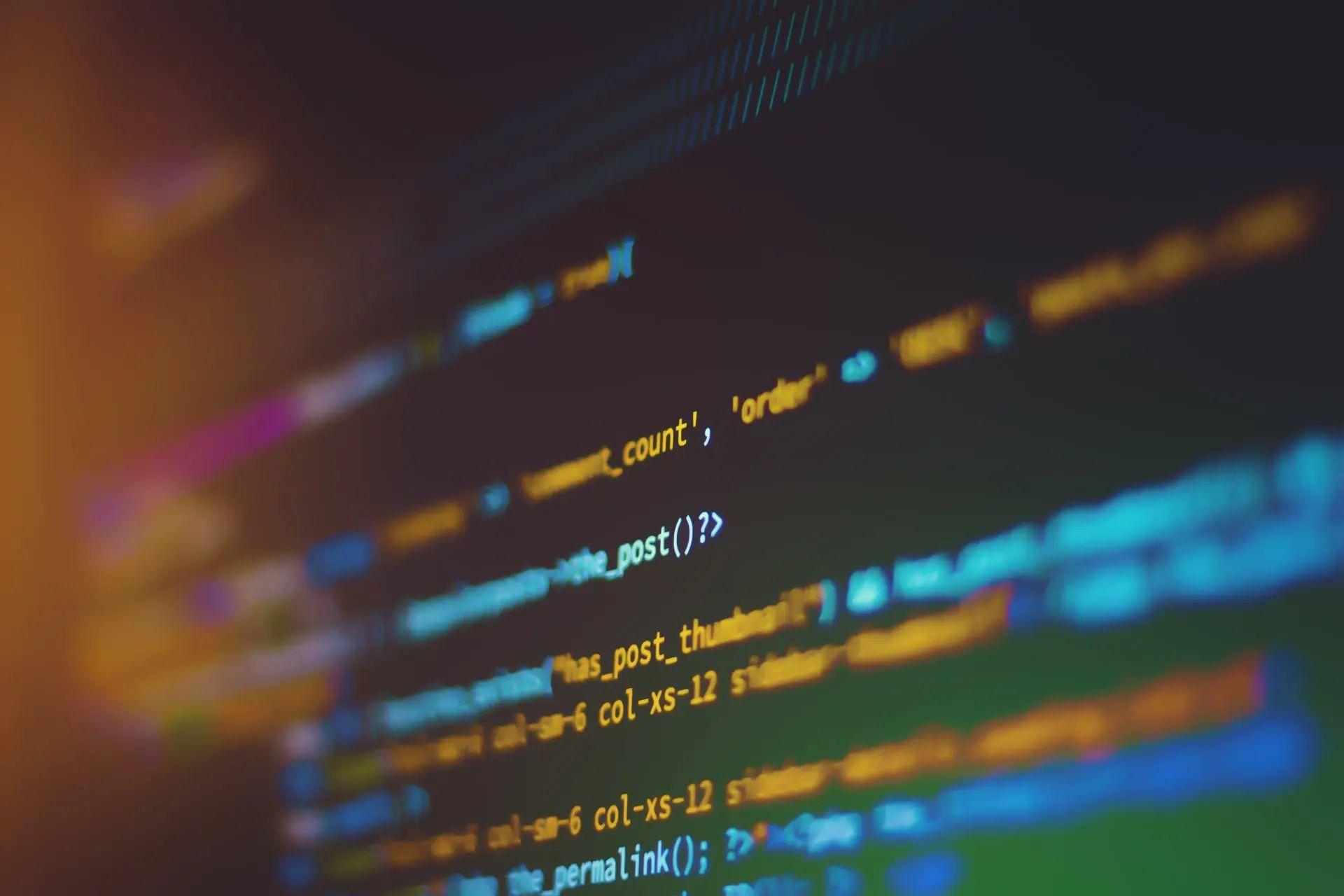 Procedural programming languages are the ones that offer a series of highly structured steps and procedures to create a program. It offers a set of commands that allows the segregation of programs into functions, variables, conditional, and statement operations by providing a set of commands. Some examples of procedural programming languages are C, BASIC, Pascal, etc.

The functional languages are the ones that focus on creating software with pure mathematical functions. Its main purpose is to handle symbolic computation and use conditional expressions to undertake calculations. Some examples of functional programming languages are Erlang, Lisp, Clojure, etc.

Object-oriented languages rely on objects or units that contain data and code in the form of fields and procedures. Basically, it uses the programming model that revolves around the use of data or objects instead of logic and functions. Python, Visual Basic.NET, and Ruby are some examples of object-oriented programming languages.

Logic programming makes use of formal logic in the development process. It makes use of sentences that follow the logic for computations. It uses a logic circuit to control how rules and facts are expressed. Some examples of logic programming languages are ASP, Absys, ALF, etc.

How to choose a programming language for a project?

The quest of choosing a programming language for a project can be daunting when there are so many options to consider. So, here are some important factors to help you choose a language for your next project:

These are some really important factors to consider. However, there can be some additional things to consider as per the complexity of the project. Go is an open-source procedural programming language created by leading Google engineers. It is a C-style language that focuses on providing efficiency, reliability, and simplicity of coding in complex infrastructure. This language was primarily created for infrastructure and networking-related programs. It was created with the intent to replace complex server-side languages such as C++ and Java. It has gained massive popularity over time and is now used for various purposes including:

Rust is a general-purpose programming language often compared with GO. It is a multi-paradigm language designed for safety and performance. It is one of the coding languages which offer direct access to memory and hardware making it a perfect solution for bare-metal and embedded development. With this direct access to memory, developers can write low level code that saves time and effort.

Rust can be best used for writing microcontroller applications and operating systems. Just like Go, it also has a C-style syntax and focuses on process safety and thread safety at the system level with a dedicated focus on backward compatibility, stability, and longevity. It can make programming relatively faster due to the absence of garbage collection and static typing capabilities. The programmers choose it for network services, embedded devices, and command line editing. Not just that, Rust has also won the title of the most loved language at Stack Overflow consecutively for five years.

Elixir is a functional programming language that is fairly easy to write than Haskell. It was built to develop scalable and maintainable applications by making use of modern, simple, and neat syntax. It is fairly easy to use but still, the programmer needs some time to perfect the approach to Elixir’s concurrency and its data type variations. It is a language built on Erland’s virtual machine and works great for low latency distributed systems. With Elixir, more emphasis is placed on fault tolerance and scalability. When something goes wrong the platform itself brings up the last known state that works.

ELM is another functional language that focuses on developing web-based applications by complying with JavaScript. It was developed to boost performance, robustness, usability, and to have no runtime exceptions. Being a functional language, it works on issues that erupt with domain-specific rules and the developers can simply correct those rules in the program with that fast and reliant type system of ELM. With ELM, the developers can save time that is wasted on figuring out potential edge cases.

Groovy is one of the new programming languages to learn. It is a popular language that has been used by some highly recognized companies and businesses including LinkedIn, Oracle Sales Cloud, XWiki Saas, Mastercard, Airbus, DataMelt, Netflix, and more. It was first developed in 2003 and its stable release came out in 2007. Groovy became popular because it increased developers' productivity and provided access to Grails, an open-source web applications framework. It offers a variety of helpful features such as powerful view technology, pluggability, NoSQL support, and more. Groovy offers native support for regular expressions, offers both static and dynamic typing and offers native support for popular markup languages such as XML and HTML.

PureScript is another popular functional programming language complying with JavaScript. It is majorly used for developing server-side apps and web applications. Its syntax is often compared to Haskell and it features type inference, persistent data structures, and strict evaluation. It comes with great interoperability with the languages that target JS.

Swift is a popular and powerful programming language for iOS, which Apple Inc originally developed for replacing its former programming language, Objective-C. It allows iOS developers to write software for desktops, phones, servers, and almost anything which runs from code. What makes Swift interesting and unique is its ability to combine ideas from different languages such as Rust, Python, Objective-C, and Rust to significantly reduce programming errors.

Dart is an object-oriented programming language originally developed by Google. It was particularly designed for client development which includes mobile and web applications. It is a C-style language that can run back-end code and allows building interfaces with event driven code. Its hot reload command enables developers to instantly see the changes in their applications. Some of the advantages that differentiate it from many new programming languages include minimal compile-time errors, optional static types, and a strong built-in editor.

Pony is another object-oriented programming language that uses an actor-model and data-race-free typing. It is an open-source language that is said to be free of runtime exceptions, free of deadlocks, type safe, and memory safe with no buffer overruns and dangling pointers. Just like any other programming language, Pony has its fair share of downsides which include a few third party libraries of high quality, low API stability, and limited native tooling.

TypeScript is another object-oriented open-source language originally developed and maintained by Microsoft. It is a strongly-typed language built on JavaScript that offers an optional static typing system. It is basically a superset of JavaScript which comes with syntax for types and offers better tooling at every level of the development phase. It helps in preventing run-time bugs as its compiler checks for type mismatches and rules out compile time errors.

Hack is an object-oriented programming language that enables developers to create reliable websites with a great speed. It was first created in 2014 by Facebook (now Meta) and is a language that offers room for both dynamic and static typing which is a type system known as gradual typing. It is an open-source language that is licensed by MIT and offers coding flexibility to the developers. It is also capable of instant type checking and runs it in about 200 milliseconds.

Kotlin is a general purpose programming language that is designed for interoperating with Java. In fact, it is a sleek and fast version of JS which runs on JVM (Java Virtual Machine). Other than that it is a statically-typed, cross-platform language that is also preferred for Android development. Kotlin has a mix of functional and object-oriented programming features. It is one of the new programming languages one can learn for its interoperability, tooling support, clarity, and safety. It is also one of the sought after languages that is capable of creating programs for both Android and iOS.

NIM is a multi-paradigm and general purpose programming language that offers room for customization and provides the ability to compile everything from JavaScript to C. Its versatility makes it choosable for any given project without sacrificing performance for expressiveness. It has a series of qualities extracted from multiple languages which include ease of use and speedy development for the programmers. Apart from prioritizing readability, it comes with decentralized package management, JavaScript back-end, automatic memory management, tracebacks for debugging, and binding for C and C++ libraries. It also comes with some helpful meta-programming features including templates, generics, and macros for enabling developers to work in different styles and helping them avoid wordy code.

OCaml is not one of the new programming languages but it is worth learning. It is a multi-paradigm language that is imperative, typesafe, and functional. OCaml comes with an object-oriented layer and makes it easy to define data types. Automatic memory management, backward compatibility for libraries, and discrete compilation for standalone applications are some of the features that have made it a popular language.

Red is a language that was introduced to overcome the drawbacks of the Rebol language. It is not one of the new programming languages but is worth learning for its low and high-level programming capabilities. It is influenced by languages such as Lua, Scala, and Rebol and was first introduced in 2011. It can be used for developing everything from lower level OS to high-end GUIs. Red is a programming language that is both functional and imperative. It's second part, Red/System provides low-level programming capabilities offering great flexibility to programmers.

R is not a new coding language but has become popular recently. Its evolution dates back to 1993 but it recently became popular after the data revolution. Now it is used by statisticians and data miners for data analysis and creating statistical software. It comes with both a graphical front-end and a command-line interface. Unlike other computer code languages, R comes with a suite of operators for the calculations of matrices, intermediate tools for data analysis, and an effective data handling facility. It comes with strong object-oriented programming features and its data structures include vectors, matrices, arrays, lists, and data frames.

Python 3 is the newest version of Python that was released in 2008. This version was released to address the issues that existed in Python 2. This new version comes with better type safety, better error tracking, automatic text encoding, and more. This new variant comes with new commands that parallelly cut down threading issues and launch tasks.

The world of programming is ever-evolving with new languages and technologies introduced every now and then. With so much new to explore and learn, developers struggle to find the best options to get started with. However, developers need to remain constantly updated and invest their time in learning new programming languages for positive career growth. The languages like Go, Python, Kotlin, Groovy are some good options to start with. Above is the detailed list of options for you to choose from.