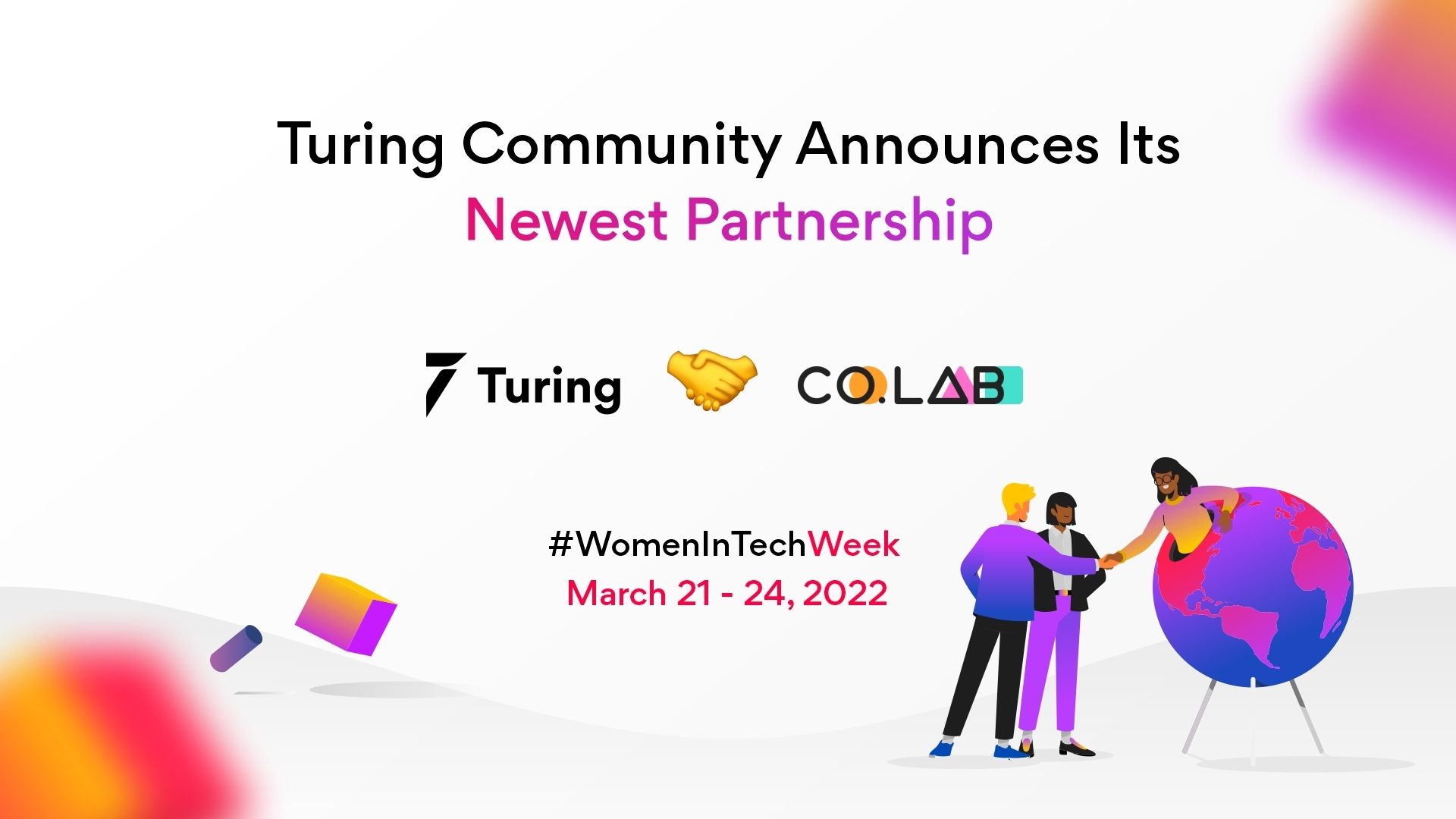 Turing announced the launch of its Developer Community earlier this year with a mission to unleash the world’s untapped potential. Since then, the community has grown at an incredible pace, with tens and thousands of developers on board. The community helps developers improve their tech skills, unwind their potential, and overcome language barriers. But that’s not it!

Today, the Turing Community is excited to announce the TuringXCo.Lab partnership. The partnership aims to support and upskill developers and deliver hands-on learning experiences to build product ideas in collaboration with other team members. Over the years, Co.Lab has trained over 265 students and placed developers at companies such as Google, Apple, Amazon, Microsoft, and more.

With this partnership, women software developers will get the chance to work with product designers and product managers to ship real products within a period of eight weeks. What’s more, the association will enable developers to build software products from scratch alongside a team of mentors. 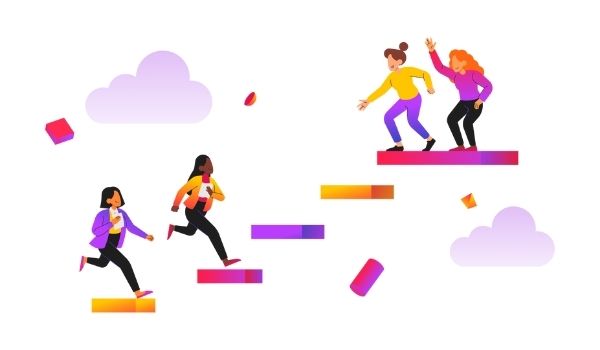 “We’re excited to be working with Turing because our missions are aligned at the deepest level of impact. We look forward to unlocking opportunities for engineers around the world together and helping them get to the next level,” said Helen Huang, co-founder of Co.Lab.

Team matching: Co.Lab will also match students in cross-functional teams of four, i.e., one PM, one designer, and two developers.

Learning by doing: The students will spend most of their time building an actual product with their team members.

In other words, Co.Lab will ensure a seamless onboarding experience for developers.

Things to look up for in the program

Here’s what Turing’s Senior Director of Community, Uma Subramanian, said about the partnership: “We are designing our community to empower developers. We look forward to seeing more developers from around the world scale to new heights. With amazing partners like Co.Lab, we are excited to find new ways to support them as they build their dream careers while driving meaningful change in the world.”

Turing is thrilled about this partnership. The Turing Community sees this program as a catalyst that helps developers with job preparation, upskilling, reskilling, personal development, and mentoring, among other perks. Want to know more about Co.Lab? Click on the link to check out the products that Co.Lab Alumnus shipped.