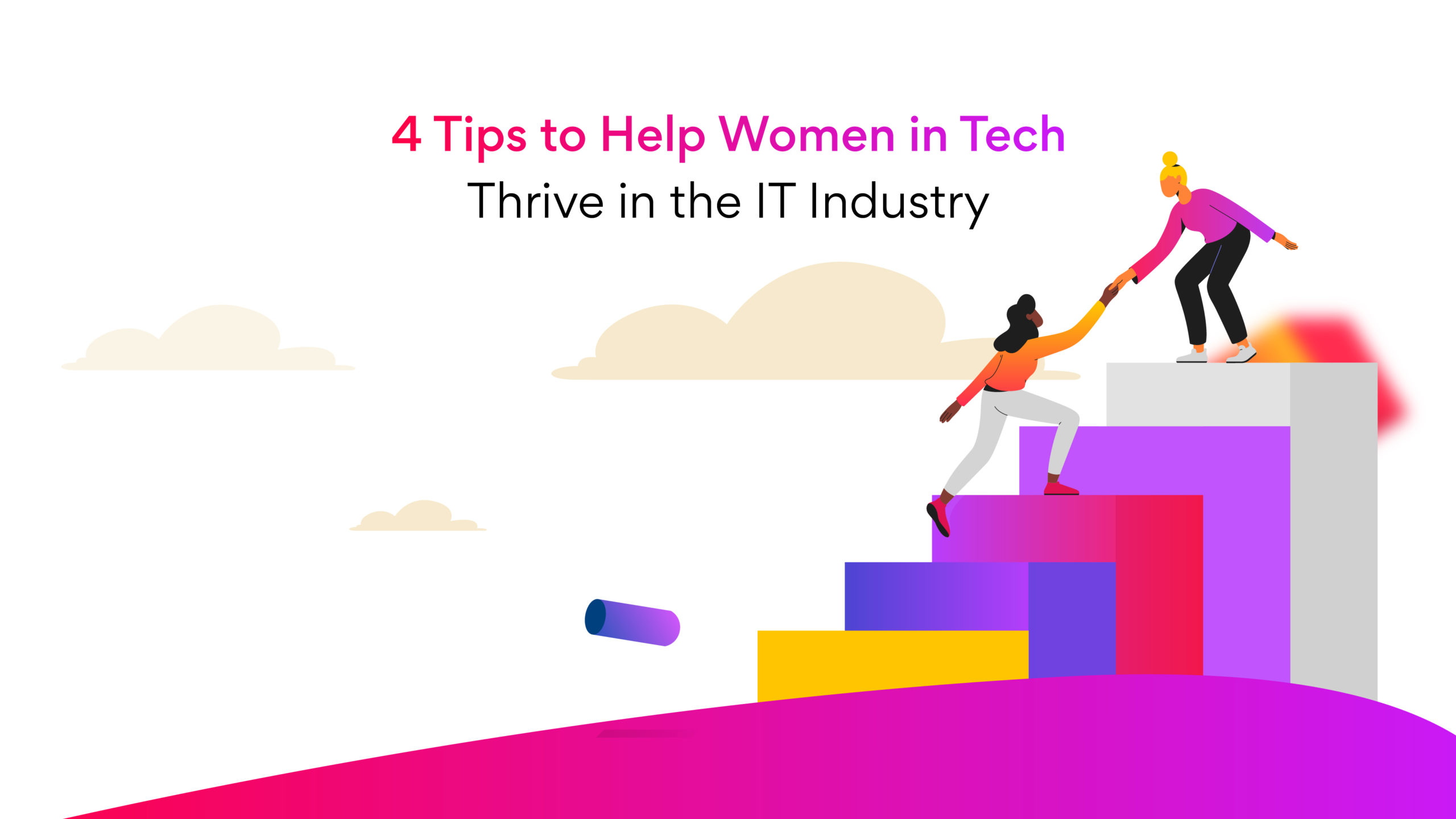 Looking for answers to these questions? Keep reading the blog post.

Women in tech have long been undervalued and underrepresented in the workplace. As per statistics, women in tech account for fewer than 40 percent of the worldwide workforce, of which 25 percent of professional IT jobs are in the United States alone. In addition, 45 percent of women in technology say men outnumber them at work by a 4-to-1 or larger ratio.

However, research showed that companies with at least 10 percent women on company boards have 2.5 to 5 percent higher returns on equity. Similarly, companies where 30 percent of the executive team comprises women have 15 percent higher profitability than others.

Following these statistics, many organizations have worked hard to help women advance in their jobs and prosper in a male-dominated tech environment. Resultingly, many women in tech got the opportunity to thrive and reach leadership positions.

Here are a few pointers that have worked for women in tech at leadership positions over the years and might work for you as well.

So, how should you start?

Thriving in the tech world is not easy, but it’s not impossible either.

You can only rise up if you are willing to go that extra mile. Learn from women tech leaders and build your own path to success. Earn respect through honesty, knowing your powers, and having a voice in an organization.

If a remote developer career sounds appealing to you, then apply to Turing.com. At Turing, you can join a network of the world’s best developers & get full-time, long-term remote software jobs with better compensation and career growth.

Article Name
Women in Tech: 4 Tips to Thrive in the IT Industry
Description
For women in tech, thriving in the IT world is challenging, but not impossible with these tips 1. Face challenges head-on 2. Don’t be afraid of new experiences
Author
Ankit Sahu
Publisher Name
Turing
Ankit Sahu
Ankit is a writer and researcher who has extensively worked on blogs, emails, websites, applications, video scripts, and social media content for Govt. of India (Ministry of MSME and CBSE), global brands (Reebok and Abbott Healthcare), and homegrown brands (Republic TV, TimesPro, Chitale Bandhu and Kolte Patil Developers).
Related articles
Comments