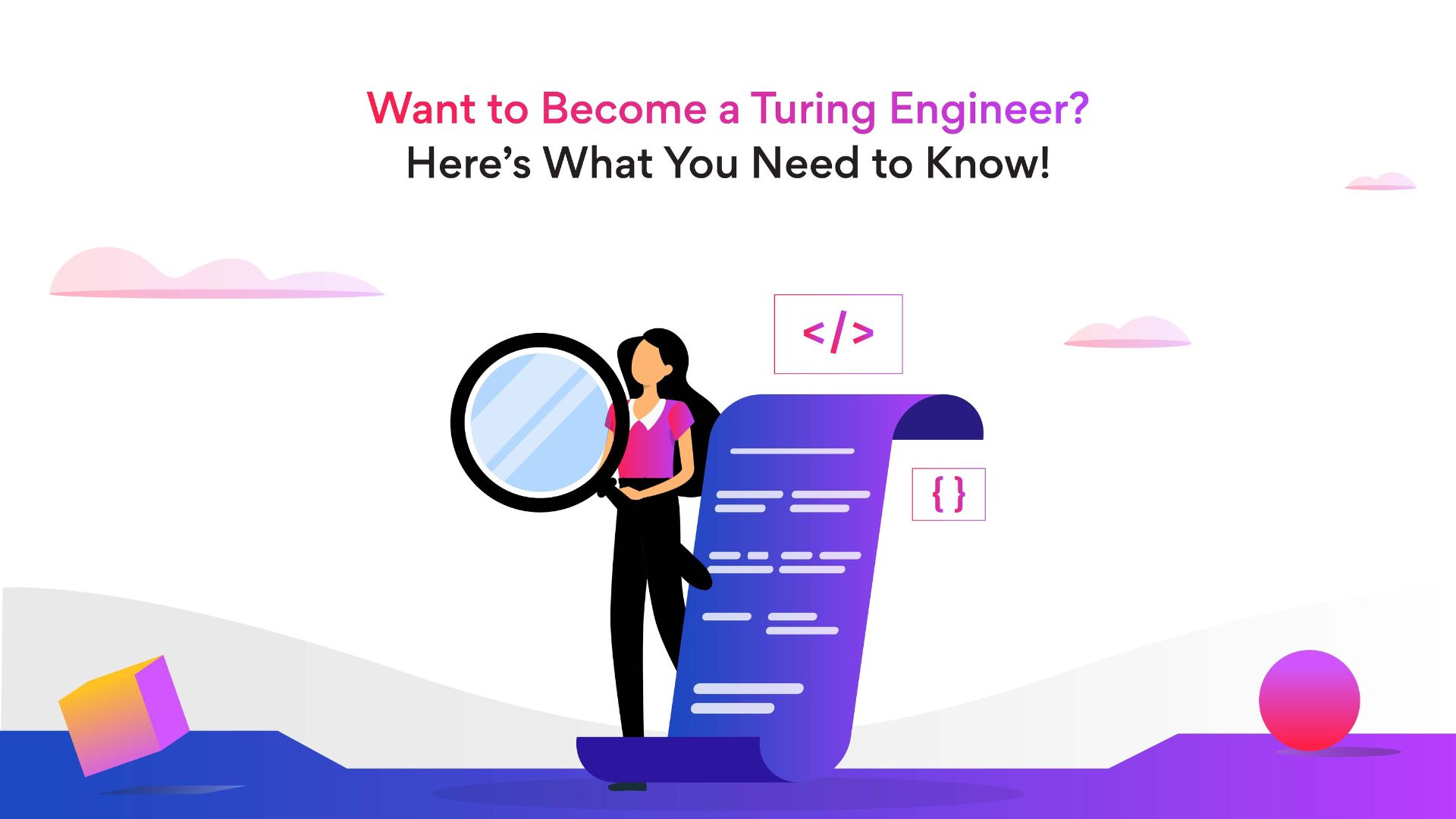 Developers Corner ● For Developers ● The Future of Work ● Work For Turing

If you’re reading this, you’re likely a software developer who is considering applying for Turing.com. You might have just learned about Turing a few minutes ago, or you might have already gotten past the teaser coding problem on Turing’s landing page, created a profile, and are now staring at an extensive list of Turing tests. Either way, you (most likely a high-achieving and high-aspiring software developer) are on the right track. The number of high-profile silicon valley companies that hire remote software developers through Turing  is increasing each week, and more than 160,000 software developers have signed up for Turing in its first year alone. You’re smart to be jumping on this opportunity now! But, if you’re like most developers, some part of you is likely starting to wonder if you’re sufficiently prepared to dive into the application.

Article Name
Turing Jobs: How to Get Hired as a Turing Engineer
Description
We interviewed the best Turing engineers who cleared our tests exceptionally. Here’s what they did to get hired as a remote developer at Turing.
Chris Moffitt
Chief of Staff at Turing.com
Chris Moffitt | Business Operations www.turing.com Stanford '22 | www.chrishmoffitt.com | Moffitt is a software engineering intern at Meta (formerly Facebook.)
Related Blog Posts
Comments (9)