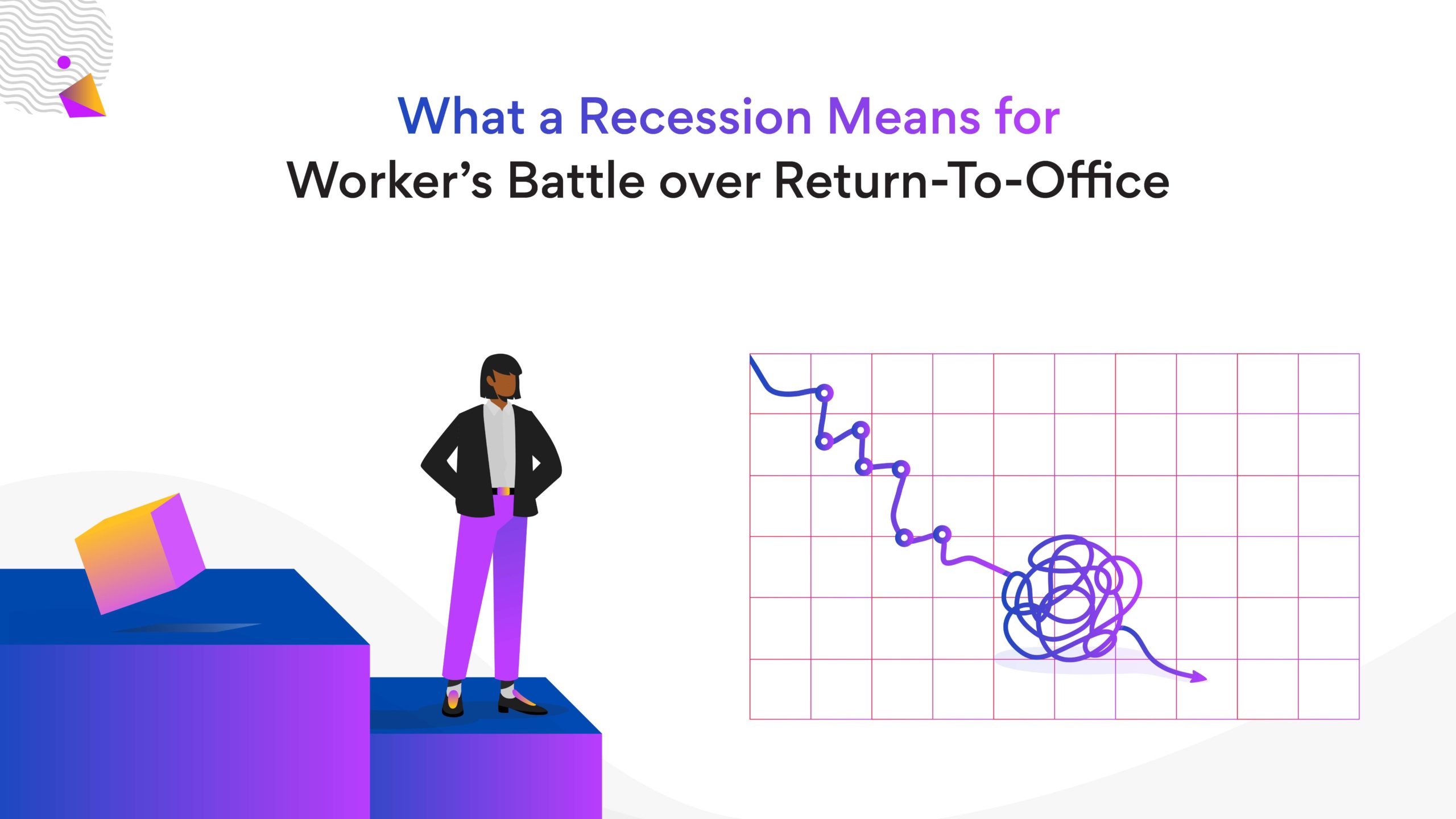 What a Recession Means for Workers’ Battle over Return-To-Office

What are the effects of the recession on the employment market? What is the future of remote work? Why are companies pushing for their demand for hybrid work?

Find out answers to these questions in this post.

Employees held better leverage over the market for the past couple of years. But the job employment market, which initially favored employees, is now undergoing changes.

Companies to slow down hiring and push for hybrid work

Companies are slowing down their hiring drives and even introducing lay-offs. Meta, Twitter, and Uber are some of the many companies that have paused their hiring plans for 2022. Uber’s CEO Dara Khosrowshahi expressed that hiring is a privilege now, and hiring managers are hiring employees only when absolutely necessary. Similarly, a Meta spokesperson cited budget restrictions for slowing down hiring and growth.

On June 23, 2022, where Netflix laid off 150 workers, a total of 450 this year; Coinbase, Peloton, PayPal, Substack, Loom, Unity, and Better also laid off hundreds of employees.

A slowdown in hiring and layoffs have shifted the employer-employee dynamic to some extent. This shift indicates that these companies have taken a firm stand against the full-time WFH that many employees demanded. More employers are urging workers to return to the office, at least for a few days a week.

President and CEO of SHRM, Johnny C. Taylor Jr. said that the hybrid workforce is here to stay, but the employees’ demands for fully remote work may not get fulfilled. He further mentions that work location flexibility will differ for every organization. Employers will demand a mid-way solution to hybrid work, as some days of work in the office will be obligatory.

Before the COVID-19 pandemic, only 10 percent of the U.S. workforce had fully remote jobs. However, the number will likely rise to 20 percent by the end of 2024.

This time, the job vacancies are 2x more than they were in the previous recessions. Despite these factors, the post-pandemic percentage of remote workers stands at 7.7 percent.

The number of remote workers is currently half of what it was a year ago, and it is estimated to decline further. The numbers are declining due to the fact that a lot of manufacturing industry employers are persistent on work-from-office, at least two to three days a week.

The following statistical data from New York City highlights the resilience of the hybrid work. Firms like Goldman Sachs and JP Morgan Chase have made work-from-office obligatory for their employees. However, other companies, such as Airbnb and Twitter, have been lenient and followed an employee-centric approach by allowing workers to choose.

According to recent news, the number of fully remote employees in Manhattan dropped to 28 percent in April. In addition, less than 40 percent are working from the office, of which only 8 percent of people work five days a week.

David Solomon, CEO of Goldman Sachs, expressed that the bank’s in-office attendance is now between 50 to 60 percent. He has urged his employees to return to the office as he seeks to achieve the pre-pandemic attendance of 80 percent.

Contradicting all reports, some experts believe that the current market is an employee’s market due to the talent crunch, high availability of jobs, and a narrative that supports employees’ sentiments. Therefore, major companies like Spotify, DoorDash, Clorox, Amgen, TIAA, and Splunk are supporting hybrid and remote work.

Companies are maintaining a balancing act to ensure flexibility in work modes. Although a few companies have made it mandatory to work in the office for at least three days a week, they aren’t imposing any strict actions on those who only show up twice a week.

Employers are worried about the talent crunch.

This data seems daunting, as the gap between job openings and the talent pool of available workers is widening. As of March 2022, there are 5.6 million more vacancies than the workforce can provide for. This gap will exacerbate the talent crunch as organizations struggle to find the right talent.

Companies like Apple have already felt the heat of this situation. That’s why Apple’s recalled the policy to work from the office at least three days a week, and introduced two days a week in the office policy instead.

In addition, Spotify, DoorDash, Clorox, Amgen, TIAA, Splunk, and many other companies have introduced hybrid and full-time remote work options for their employees.

The tug of war between employees and employers 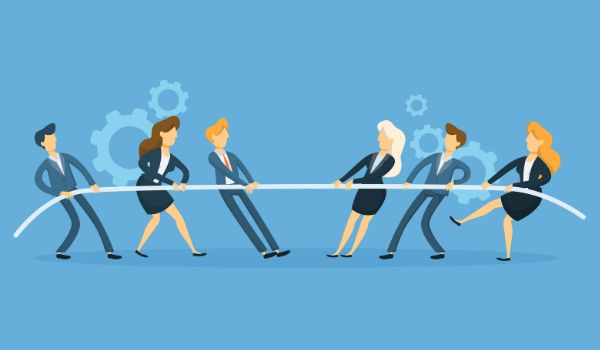 The tug of war between employees and employers

Even though a recession has brought on challenges for the job market, job seekers have significant leverage to choose career opportunities that fit their expectations.

Most companies were facing a talent crunch even before the pandemic triggered a recession. Now, the talent shortage has affected base pay, signing bonuses, remote work status, and many other factors. However, skilled professionals continue to be in demand even as the recession approaches.

As companies struggle to hire the right talent for their teams, Turing is working hard to streamline the remote hiring process through its Intelligent Talent Cloud. Turing enables companies to hire Silicon Valley-caliber remote software developers across the globe at unbeatable prices in just 3-5 days. The best part? You get a two-week trial with zero risk! For more information, visit the Hire page.

Turing helps software developers secure long-term, high-paying, high-growth remote software jobs in the U.S. Thus, Turing is on a mission to help employees in their quest for remote work. Check out the Apply for Jobs page to know more. Turing empowers workers to stay remote while helping employers set up remote teams efficiently.

Article Name
What a Recession Means for Employees' Fight for Remote Work
Description
Employers aim to reduce remote work and hiring in the recession, while employees fight for their right to remote. Learn how Turing can help to turn the tide.
Author
Kedar Kanekar
Publisher Name
Turing
Kedar Kanekar
Kedar is a skilled technical content writer and a social media marketer. He has worked with Apollo Hospitals, upGrad, Lumina Datamatics, and other companies.
Related Blog Posts
Comments