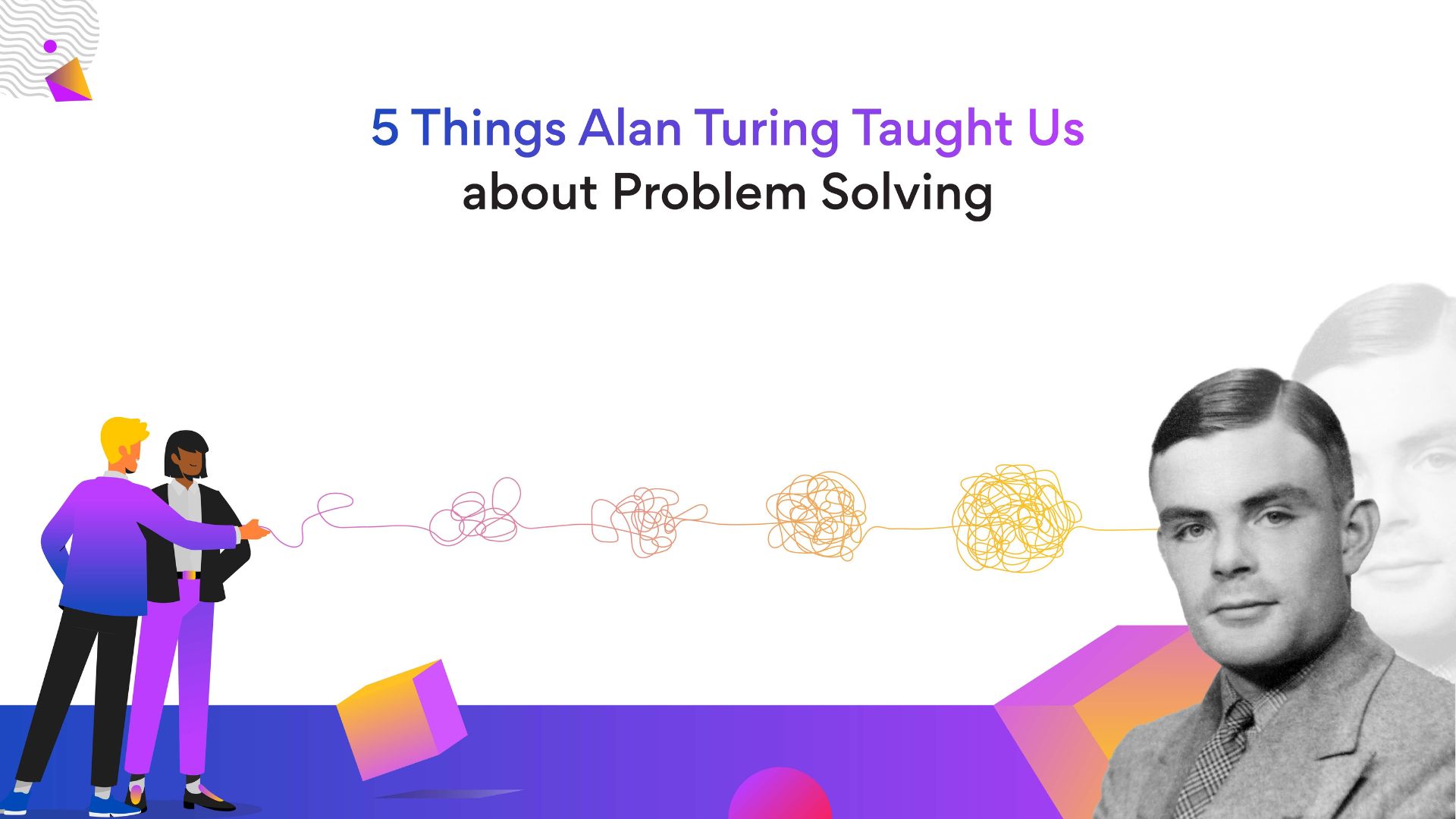 Alan Turing was an English mathematician, logician, and cryptographer who broke the Nazi Enigma code during World War II. His invention gave the British allies the advantage they needed to win the war in Europe and paved the way for developing the world’s first computer.

Unfortunately, Alan Turing committed suicide in 1954 by consuming a cyanide-laced apple two years after being outed as gay. Turing was convicted of “gross indecency” as the UK did not decriminalize homosexuality until 1967. Turing was only 41 years old at the time of his death.

The public had no idea how significant his contributions were to the war effort when he died. Turing was posthumously pardoned by Queen Elizabeth II sixty years later, in 2013.

Although he left the world early, he left behind a sea of lessons to inspire the coming generations. Therefore, this Alan Turing’s birthday and Pride Month, we have gathered some great insights from his problem-solving techniques.

Alan Turing was a great thinker and problem solver. He laid the foundation of modern computing and inspired a generation of thinkers, believers, and innovators.

With a 50-pound banknote dedicated to him, a movie, a British pardon, and an apology, Turing is getting the recognition he deserves. He is gaining credit for not just his pioneering work in the war but also for inventing the Universal Turing Machine, which has transformed the modern world.