How to Hire iOS App Developers: Step-By-Step Guide for 2023 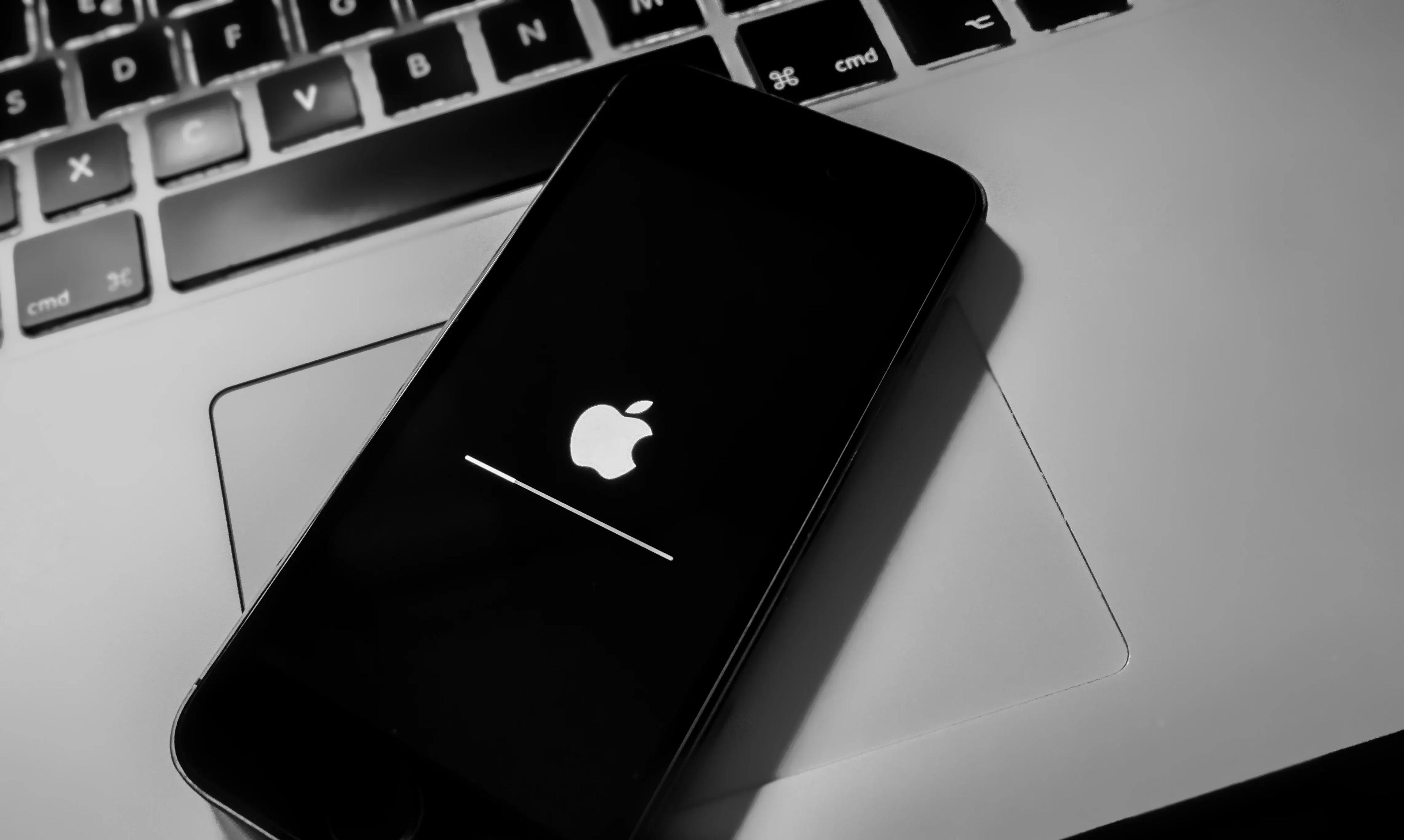 Companies are finding it challenging to hire iOS app developers to build engaging and flawless business applications. With business requirements constantly changing, iOS app developers have to keep up with the latest trends and upgrade their skill sets. Moreover, the digital revolution brought by smartphones has increased the demand for iOS app developers and iOS programmers.

Android and iOS smartphones have 99.6 percent of the market share, out of which only 20.38 percent belong to iOS users. Still, iOS users spend more than Android users on premium mobile features like paid applications, iCloud storage, etc.

Hence, companies are actively looking to hire iOS app developers and iOS programmers to build excellent applications that can become a great source of revenue for them.

What is iOS development?

Why does your company need to hire iOS developers?

Let’s start this with some key stats. Apple generated over $365 billion in revenue in 2021 out of which 52 % came from iPhone sales alone. The wearable technology division of Apple grew by 25 percent. Also, since the fiscal year 2020, Apple has sold over 70 million iPads, 40 million Apple watches, 20 million Macbook units, and 110 million AirPods. Moreover, between the same period, its services division, including Apple Music and Apple TV was responsible for 18 percent of revenue.

Every company selling its services digitally needs to hire iOS app developers who can create native iOS applications. If they don't, then they won’t be able to sell to the rich apple users market.

Most iOS app developers can not only create native iOS applications, but they can also create cross-platform applications that work on Android and iOS. iPhone applications made by iOS programmers improve customer experience and help in achieving high business growth. Also, they come with a better security layer and can work offline across devices.

Skills iOS app developers must have

To hire iOS app developers, you will need to evaluate them on both soft and hard skills. iOS programmers need to have the right set of technical skills to ensure that the application that they create provides a rich user experience and aligns well with the business goals of the organization. Apart from technical skills, iOS app developers also need to have the right soft skills to work well within the organization and build a positive work environment.

Some of the prominent technical skills needed for an iOS developer are as follows.

iOS app developers must have sufficient knowledge of Swift. In swift, APIs are very easy to read and maintain. This is because Swift makes it easier to infer and return values with named parameters. Code is cleaner due to inferred types that reduce the number of errors for iOS programmers. Swift also supports emojis and several languages with the help of Unicode-correct strings. Memory usage is optimized and most of the use-cases are optimized for high performance. Other benefits of swift for iOS app developers include easy to use and strong generics, native error handling, multiple return values and tuples, fast iteration, supportive structs, protocol extensions, and enums.

Xcode is a code editor that is a part of an integrated development environment IDE. iOS developers who know Xcode IDE can create an application that offers an excellent user experience. Xcode supports various programming languages like C, C++, Swift, Objective C, Java, Applescript, Python, and Ruby. Xcode offers a productive environment that allows iOS programmers to create and publish applications on the iOS platform. With Xcode, iOS app developers can compile, write and debug the application and submit it to the app store. Popular tools of Xcode include text editor, compiler, and source code checker.

Here are some of the soft skills an iOS developer should have:

Every team within the organization gets a deadline for the project they have been assigned internally or externally. If you have a team of iOS app developers who do not have strong time-management skills, then chances are that you will have to exceed the deadline for the project quite frequently. Good time management is a sign of a strong work ethic that makes iOS app developers disciplined and sincere in their approach to work.

Recruiters should hire iOS app developers who are punctual and can give the correct timeline of a project after discussing it with everyone involved including the client and their team members. This can only be done by iOS app developers with good time-management skills. They will take into account their team size and the organization’s resources before deciding on a timeline. Therefore, they will calculate the time a particular project will take and give the correct estimate.

Successful application development requires collaboration with different team members. iOS app developers who know that the team should always come first approach all projects in the right manner. They can facilitate positive idea exchanges and can help greatly with conflict resolution as and when any conflict arises within the team.

Leadership skills are essential for iOS app developers who want to lead their teams. iOS app developers with leadership skills take responsibility for their actions and also show a lot of initiative for new projects. They are also effective in uplifting team members after a project has not worked as expected and guiding them towards success with their mentorship and positive attitude.

There are a set of questions that recruiters must always ask iOS app developers to understand whether they are the right fit for the organization or not. The right interview questions help reveal the candidate's abilities and how easy or difficult it will be for them to align with the company’s culture.

Ans: iOS applications can have different properties, which can be gauged by giving a simple code test to the candidate.

Ans: There are five states namely active, inactive, background, not running, and suspended.

These are some of the common interview questions that iOS developers must be able to answer easily for entry-level positions. However, if you are hiring for a senior-level position then please ask extensive questions which check their skill and problem-solving abilities.

How much should you pay to hire iOS app developers?

To hire iOS app developers who are the perfect fit for your organization there are several things that you need to consider. Firstly, clearly define the experience needed for the job as you will need to hire iOS app developers for junior, mid-level, and senior roles. The salary for all these roles should be as per the industry standards. However, if you come across candidates who are exceptional and have skills that will not only enable them to perform their role in the best way but also contribute to the organization in other ways then you can offer them a higher salary.

Why hiring iOS app developers with Turing can help?

Turing helps companies fill any job role within 5 days, saving both time and money. Turing offers a 97 percent engagement success rate. Most of our clients retain iOS programmers and other developers matched through Turing.

From small-scale start-ups to multinational companies, every organization wants to hire the best eCommerce developers...

The tendency to hire Java Programmers is rapidly increasing among employers due to its portability and simplicity. Java supports object-oriented programming syntax along with JIT compilation..

Know How Much Does It Cost to Hire an iOS Developer

7 Reasons Why You Should Hire Mobile Developer

We have listed a few points that every employer must know before hiring mobile app developers...

How do I hire an iPhone app developer?

If you are looking to hire an iPhone app developer, then first you need to draft a lucid job description enlisting your requirements, and the relevant details related to the job. Next, you need to vet the developers by looking at their applications, and then interview them for their suitability for the role. Turing can help you find the best iPhone app developers through an AI-powered vetting engine that sources the best developers in the world.

Why are iOS developers in demand?

iOS is one of the fastest growing platforms and it powers a large percentage of devices globally. Moreover, it provides a high degree of safety features, excellent revenue options to the developers, and a highly efficient user interface experience. This is why most businesses have their own iOS apps to harness the power of the platform. This directly translates to high demand for iOS developers.

How much should it cost to hire mobile app developers?

How does having an iOS app help a business?

There are several advantages of having an iOS app for businesses. The iOS app provides an excellent platform for businesses to extend their business functionality through easy access and tons of high utility features. The iOS app also helps in increasing brand awareness by bringing in high visibility, in turn providing a sustainable revenue generation option.

Why your business should develop an iOS app?

iOS is one of the most popular and highly prominent operating systems that powers a large number of devices across the globe. The iOS apps tend to be highly popular and the iOS platform provides elevated levels of brand awareness. Owing to the ease of access, mass reach, and scalable business functionality that the iOS platform provides, businesses should develop an iOS app based on their custom requirements.

Which technology is used for iOS app development?

There are numerous languages and tech stack that are utilized in iOS app development. Some of the prominent and popular technologies include Objective-C, Swift, Flutter, React Native; iOS frameworks like RxSwift, SwiftUI, and Realm; database technologies such as Oracle, MySQL, and SQLServer among others.