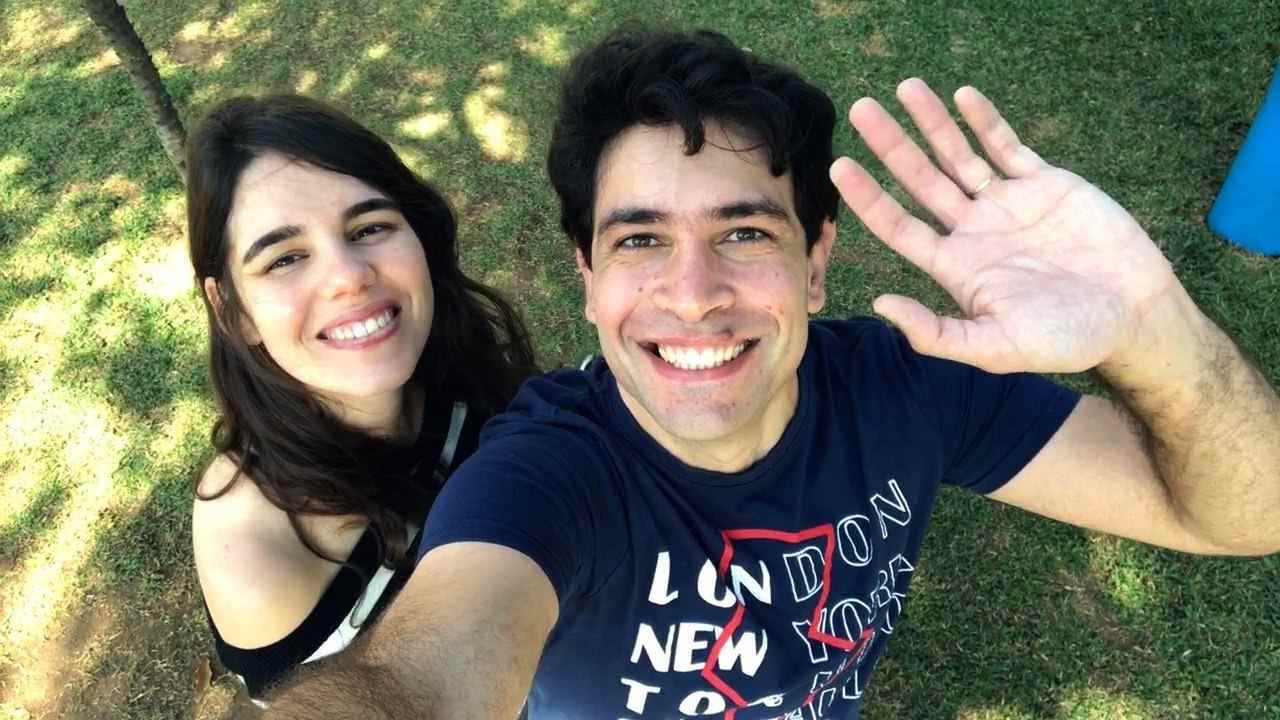 Turing.com Salary Review: How Much Do Turing Developers Earn?

Talent is universal, but opportunity is not. For this reason, Turing aims to democratize career opportunities for exceptional software developers. The organization’s intelligent talent cloud provides long-term, remote, Silicon Valley-caliber jobs to engineers across the globe. Turing developers work with elite US companies in various industries—from medicine, insurance, finance, automotive, to consumer electronics, without requiring a visa. Though this blog does not aim to reveal actual Turing salaries, it summarizes the developers’ opinions on their overall income levels after joining the organization.

Turing is devoted to helping engineers find great jobs with leading firms. The organization recently earned a coveted spot on Forbes’ List of America’s Best Startup Employers for 2021. In addition, in a recent survey conducted by the company, an astounding 100 percent of the surveyed developers shared that Turing is “much better” (82%) or “better” (18%) than other remote work platforms. 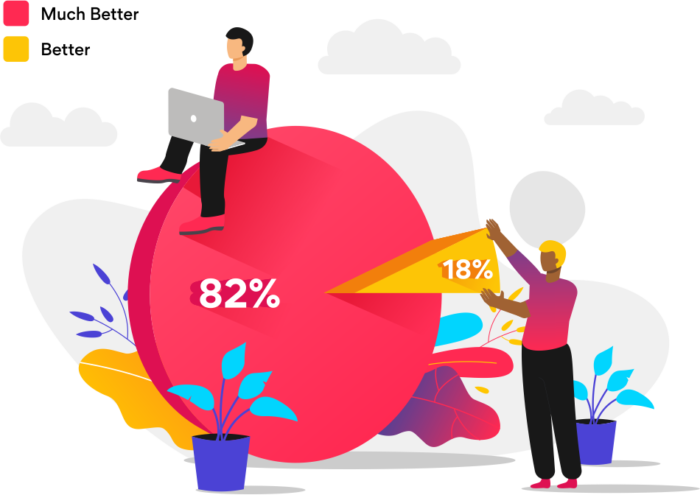 Turing Developer Survey: An astounding 100 percent of the surveyed developers revealed that Turing is better than other remote work platforms.

But let’s head over to the main question.

How much do Turing jobs pay?

While money is not the only factor motivating employees to do their best, it’s certainly a primary consideration. A recent study quotes “unsatisfactory salary” as the most significant factor responsible for employees quitting. It is evident that even if employees enjoy their work, they have no qualms about moving to a different organization if a competitive salary isn’t part of the picture. To get the skinny, we reached out to some of Turing’s developers to learn ‘How much do Turing developers earn?’

In a recent study, 87 percent of employers said their company is experiencing skill gaps. Ninety-five percent said it’s difficult to recruit skilled professionals. The message is clear: There is only so much top-tier talent out there. If organizations want to attract the best people, they need to compensate them well. Employers that do not offer competitive pay put themselves out of the race when hiring great talent.

Turing recruits the best minds in the field. Hence, it offers competitive salaries that surpass the market average in most countries. After all, the best talent deserves the best pay.

Here’s what Dhey, a software engineer from India, had to say on Turing’s pay policy: “I was working at Amazon for two years. But with Turing, I feel like I have the best of both worlds—I work in Silicon Valley from my home, with amazing pay and incredible growth opportunities.”

Alexey, a web developer from Moscow, Russia, revealed: “I have over 13 years of experience in web development. However, the remote projects in Moscow were not up to my liking. That’s when I found out about Turing. I fell in love with the vibe of this organization. My earnings have doubled since I joined Turing, and my career is growing very fast.”

Yet another developer from Nigeria, Aliyu, shared: “[Because of Turing] I have a much higher income and a stable job with a US-based company. Here, there’s more respect, more freedom, more salary—basically more of everything! It’s hard to think about how many talented developers spend hours applying for mediocre jobs when they can apply to such amazing jobs at Turing.”

High productivity and retention rates are a reflection of a solid team. Therefore, Turing offers competitive salaries to ensure that its employees are well-compensated, motivating them to go above and beyond.

A Brazil-based developer, Robson, shared: “I am never going back to freelancing again! [Turing] pays developers what they’re worth. When I was freelancing, I got low hourly rates, and I ended up working with very demanding customers. I often did the work of both—the designer and the developer, for the price of one! I was working hard but was unable to make good money. I’ve been a part of Turing for over a year now. They promised me a steady income, timely payments, and opportunities to work on interesting projects when I joined. I’m happy to say the company has delivered on all its promises! It sounds too good to be true, but it’s not!”

Juan, a full-stack developer from Argentina, added: “I remember googling ‘Turing software engineer salary’ on multiple occasions before joining this organization. I was not sure what to expect. But now, I’m pretty sure that I’ll be staying with this organization for a long time. I earn twice as much compared to my last job and work on projects that challenge me and broaden my skill set. So far, it’s been a great ride!”

A low salary often leads to stress impacting both health and work. And thus, Turing is dedicated to helping employees accomplish their professional and personal aspirations through a healthy compensation and work schedule.

Manaf, a front-end developer from Jordan, said: “Apart from work, I spend most of the time with my family. I am happier to say that I now live a happier and healthier life. I am also doing well financially because my job provides me with higher compensation. I save a lot of money as I work from home!”

James, from Kenya, shared: “My experience with Turing remote jobs has been phenomenal for me. I start my day by hitting the gym. Then, I manage my chores and watch my favorite movies. I feel more productive and creative with the kind of flexibility Turing has.” 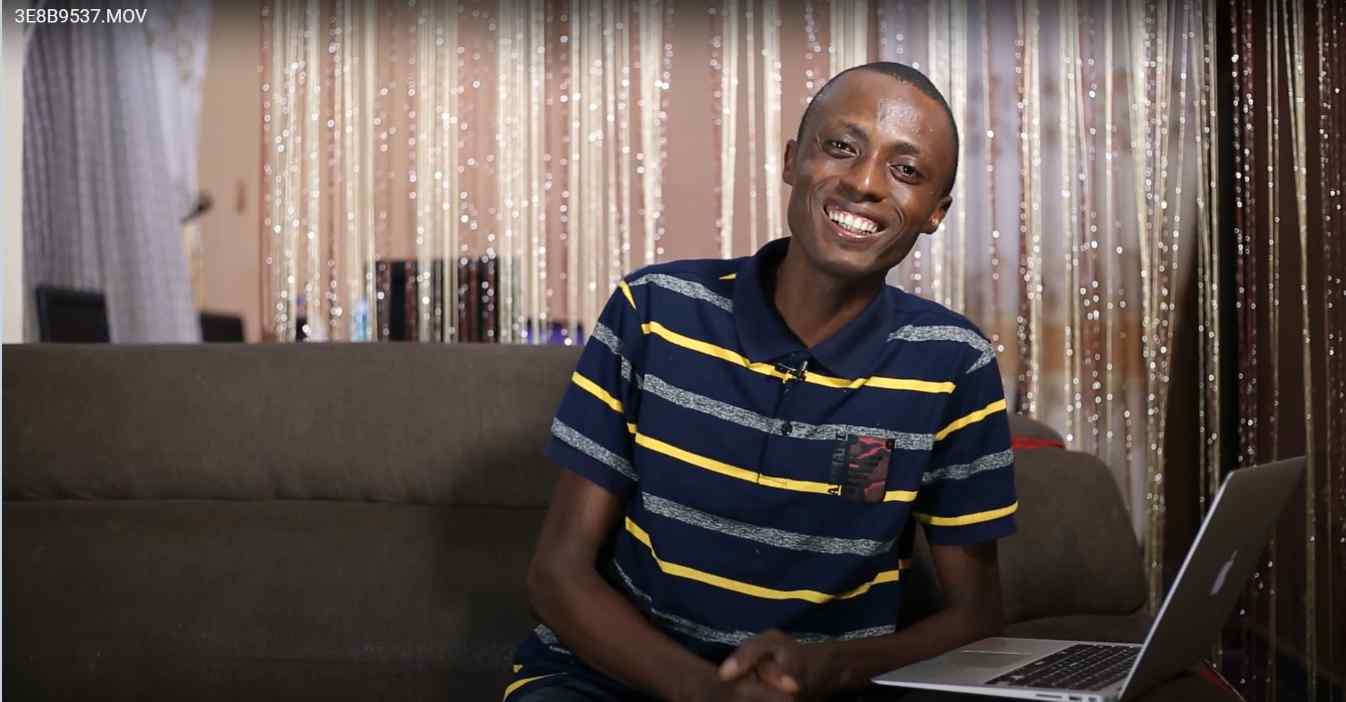 Turing Salary Review: Peter on ‘How Much Do Turing Jobs Pay?’

Peter, a full-stack developer from Nigeria, added: “I used to be a teacher five years ago. But now I’m doing what I love—building software! I have also started feeling more confident [about my career] and seeing rapid growth in it. My income is exceptional compared to local salaries. I bought my own dream house within eight months of joining. I have accomplished all things that I couldn’t three years ago.”

A full-stack engineer from Columbia, Sergio, noted: “This remote software developer job has changed my life completely. I am [way more] productive now. Earning in dollars has strengthened my financial health. Moreover, Turing has fulfilled my dream of being a digital nomad. Next week, I’ll be working from a different country.”

Frequently, the best talent gets poached by hiring managers and head-hunters. However, a well-compensated culture encourages employees to commit to their jobs for the long haul. Turing believes that the true strength of an organization lies with its people—and great talent should always be well-rewarded.

The organization sees its developers and employees as valuable, appreciating assets. So rather than limiting the profits to executives and investors, Turing shares the company’s success with people who add value to the organization—the employees. In addition, it aims to push a culture of equality, one employee at a time.

If you’re a brilliant developer looking for remote software jobs in any of these skills, Turing may be able to help you very quickly. Head over to our Jobs page to know more!

Article Name
Turing.com Salary Review: How Much Do Turing Developers Earn?
Description
Remote software developers from across the world answer the debated question: What are Turing salaries like?
Sanika Tamhane
Sanika is a writer, editor, and researcher who contributes to The Times of India and Femina. She works with The United Nations, its specialized agency: UNESCO, and The British Council as a delegate. She has also worked with the Ministry of Women & Child Development in India as part of its Government fellowship program.
Related articles
Comments