Let’s take a look at the key takeaways from the Octoverse. 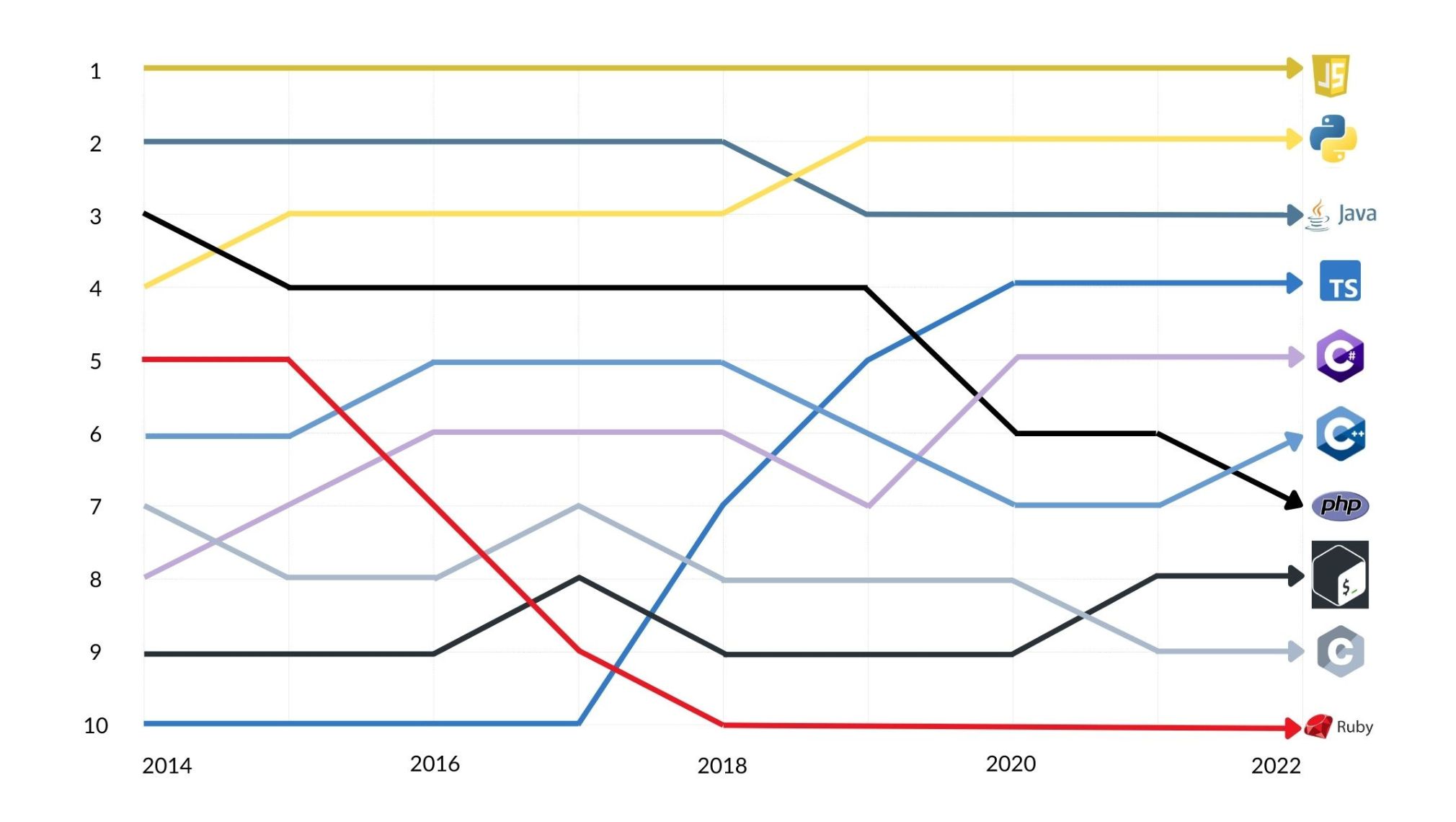 Java shows no signs of wear! Why is Java still popular in 2023?

Java has been around for more than 30 years. But what makes it the most used language with no signs of slowing down in terms of popularity? Let’s take a look.

Which were the fastest-growing programming languages in 2022?

Other key takeaways from the Octoverse:

Are you a software developer well-versed in the top programming languages such as Java, JS, Python, C++, etc.? If yes, top US companies are looking for you. Sign up on Turing and get hired by top US companies.

More on Octoverse by Github