How to Hire Software Developers at Different Levels?

Who doesn’t need software developers these days? While startups are always looking for new talent to get their ideas off the ground, big tech companies are continuously searching for more programmers to keep up with their competitors.

The only problem is finding experienced software developers who can add genuine value to your team. After all, there’s so much to consider when hiring new developers.

This post tells you how to set up a successful process while hiring software developers at different levels— junior, middle, senior, and lead.

First, let’s take a look at the essential things to keep in mind while hiring software developers across these levels. 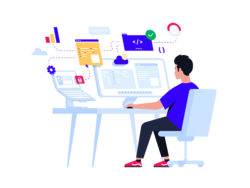 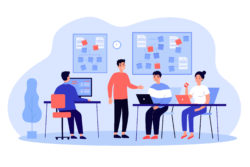 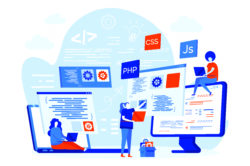 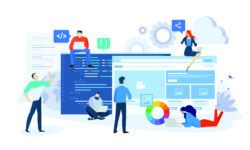 When hiring the best person for your company, technical skills, experience, and knowledge certainly matter. However,  one can acquire most skills with time, and thus, they shouldn’t be the only attributes to be considered.

So, how do you go about finding developers who have the right level of experience for your project?

It all depends on your project’s specifications, budget, and scope of labor. If you want to save money and build a team that adapts to your product in the long run, recruit a team of junior developers and only one senior or lead developer. Meanwhile, hiring numerous senior-level developers can be a great way to complete the project reliably and efficiently.

Finally, suppose your team comprises different levels of expertise, but your senior engineers are either too busy or professionally inept to lead the team; in that case, you may want to employ a lead developer.

If you wish to build a fantastic team of remote software developers and engineers who possess years of experience, try Turing.com. With Turing, you can access a pool of the top 1% of more than 1 million developers who are pre-vetted, highly skilled, and experienced.

To get Turing’s Silicon Valley-caliber engineers with a 100% risk-free two-week trial, visit Turing.com.

Article Name
Tips For Hiring Software Developers At Different Levels
Description
Whom should you hire? Junior, Middle, Senior, or Lead Software Developers? And how will they add to your project? This blog post answers all of those questions.
Author
Ankit Sahu
Ankit Sahu
Ankit is a writer and editor who has contributed his expertise to Govt of India, Reebok, Abbott, TimesPro, Chitale Bandhu, InsideAIML, Kolte Patil Dev., etc.
Related Blog Posts
Comments