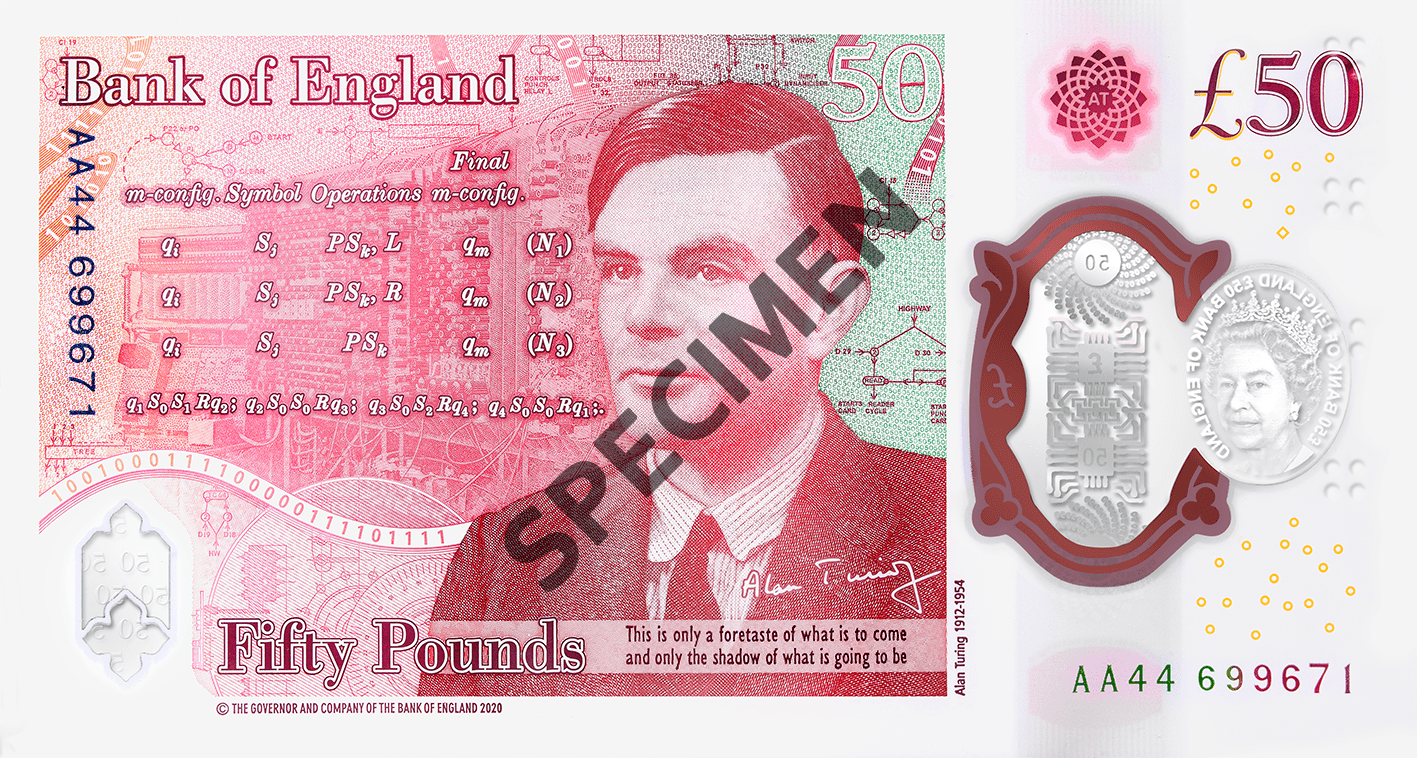 For Developers ● This Month in Celebrations

Alan Turing, computer scientist, mathematician, cryptanalyst, and theoretical biologist, is featured on the new £50 banknote to celebrate his contributions to the scientific and mathematical fraternities. The banknote’s design incorporates various elements from Turing’s life and legacy. The banknote will be issued starting today, June 23, Turing’s birthday. The British public chose Turing out of 989 eligible scientists nominated by 227,299 people.

Banknote issued in tribute to Alan Turing’s many scientific achievements

Turing is known for designing the British Bombe, an electro-mechanical apparatus that helped crack German Enigma machine-encrypted code during World War II. Historians believe this effort altered the war’s course, shortening it by at least two years and saving millions of lives.

Turing also laid the theoretical groundwork for the modern computer. He devised the Turing machine, i.e., a hypothetical machine intended to investigate the extent and limitations of computation. He worked on the early development of the world’s first computing devices with the National Physical Laboratory and later at the University of Manchester. Turing is also considered a founding father of artificial intelligence, known for designing the “Turing test” to help determine whether a computer can think like a human being.

Turing’s selection to appear on the banknote celebrates his scientific legacy and recognizes the persecution he endured for his sexuality. In 1952, the British government arrested and charged Turing with “gross indecency” for homosexual acts, which remained illegal at the time. Two years later, he died tragically at the age of 41 by suicide. The Queen issued Turing a posthumous Royal Pardon in 2013.

The reverse side of the note features clever visual references that celebrate Turing’s achievements.

Computer science isn’t the only field Turing revolutionized. So the note also includes a sunflower-shaped foil patch, showing his initials, “A.T.” The patch symbolizes Turing’s pioneering work in morphogenetics, another branch of science that studies recurring patterns in nature.

Read more about the £50 note here.