How to Create a React App With TypeScript 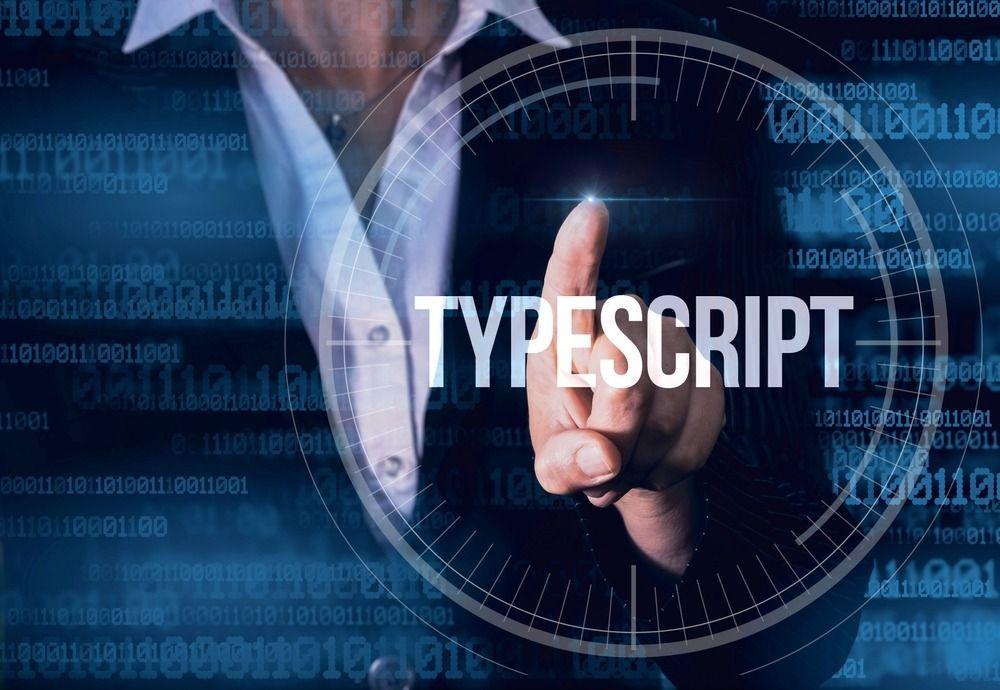 React is a popular library for building user interfaces or UIs with reusable components. It has been in existence for around 10 years and has matured well with the ever-evolving internet. It uses a virtual DOM to generate and manipulate UIs. In this article, we will look at how to create a React app with the TypeScript programming language.

The most basic concepts to get started with React are:

Some advanced concepts that are useful to know are:

Basics of state, props, and implementing a component

React uses a tool called create-react-app to generate a project with zero configuration required. It uses Babel and Node to get started.

We run the following command to create a basic project:

The command will create a folder and install the necessary plugins and scripts to get started with the development. 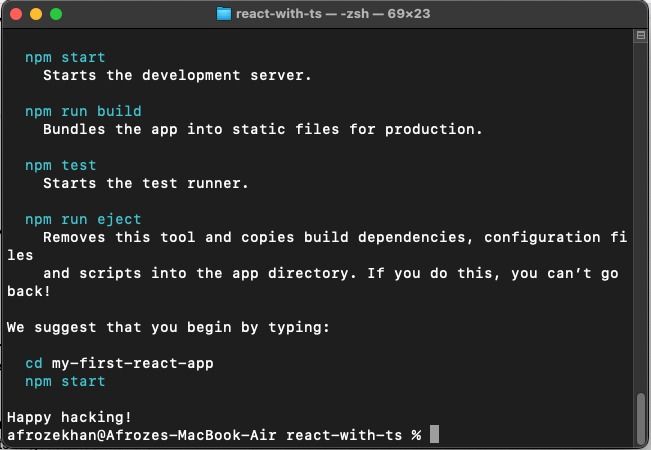 We move into the directory and run the script npm start. A Development server is started which opens a new tab on our default browser with the React application running.

We now open src/App.js and make some changes so they get instantly reflected on the browser’s tab. 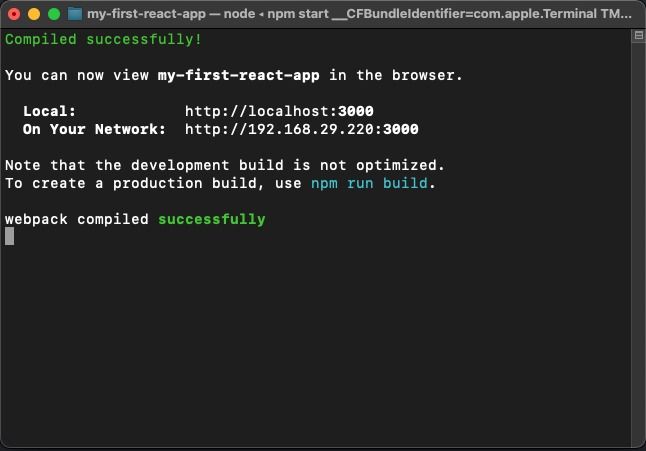 Let’s create our first component within the src folder. To do so, we create a file called Heading.js with content that looks like the following:

Here in our function-based component, we are passing a parameter (props) which should contain a key called heading rendered in H1.

The next step is to clear the contents of App.js and use it like the following:

We are importing the Heading component and calling it within another functional component, App, which will be our root component.

If we look at Heading, it is being added as a self-closing tag that starts with capital letters. This is important to differentiate between built-in tags like h1, div, p, and self-created components. Additionally, we are passing an attribute heading which is props to the Heading component.

We are asking React to set a state called title after 3 seconds. And in case the page is reloaded before the return function, it will help us to remove the timeout to prevent unlikely behavior.

A quick note: TypeScript is basically JavaScript which adds syntax to make strong type-checking to components and any functions created. It helps with tooling and making it easier on applications that are large-scale. It also benefits diversified teams. It is useful in building component libraries that require understanding the types to be fed to customize the components to an application.

React has a built-in type-checking called PropTypes as a static type-checking of the props that are needed for the component. We can either choose from flow or type-script for type-checking in React. Considering the scope, let’s get started with type-script to begin with development.

We run the following command to install the required dependencies:

We then rename the files in index.js file to index.tsx, App.js to App.tsx and Heading.js file to Heading.tsx. We restart our server (yarn start). Here, we will start to see that it points out a few issues.

In our case, there are issues in index.tsx. It should be fixable from the error messages received. Now, we can start adding types to the Heading component props.

We are all set to get started with development in React with TypeScript. Note that we need to explicitly import React for components in TypeScript.

In this React TypeScript tutorial, we learned how to create a React app with TypeScript and explored a few components and functions. With the help of these basics, one can gradually move on to more advanced apps. The code discussed here can be found at this link.

Python language comes with a lot of inbuilt modules and packages...

How to Build Routes in Flask

Curious to learn how to build your own Flask routes to create dynamic web applications...

How to Validate URLs in JavaScript

Ever wondered how to validate URLs in JavaScript? The process is surprisingly simple...

What Is ValueError in Python and How to Fix It?

One of the trickier parts of designing and writing code remains to be exception handling...

React Custom Hooks are an incredibly powerful tool when it comes to creating...

React is a library to build reusable UI components that can be used to build heavy applications.

Can we use React for SSR?

Who should use React with TypeScript?

React with TypeScript is more suitable for huge teams with diversified expertise and who need the autocomplete feature to be heavily supportive.

Can we use TypeScript as optional?

Yes, in certain files TypeScript can be disabled. This can also be configured in tsconfig.json to make it optional.