When a machine learning model is provided with training samples along with corresponding labels, the model will start to recognize patterns in the data and update the model parameters accordingly. The process is known as training. These parameters or weights are then used to predict the labels or outputs on another set of unseen samples that the model has not been trained on, i.e., the testing dataset. This process is called inference.

To summarize, overfitting is a phenomenon where the machine learning model learns patterns and performs well on data that it has been trained on and does not perform well on unseen data. 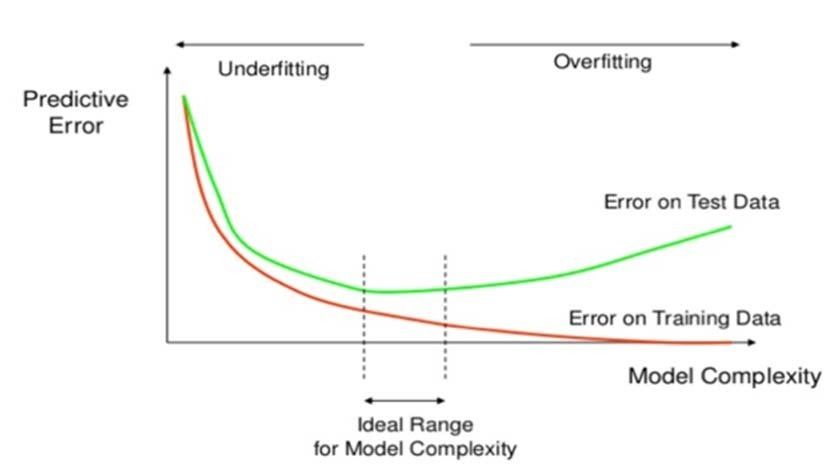 The graph shows that as the model is trained for a longer duration, the training error lessens. However, the testing error starts increasing after a specific point. This indicates that the model has started to overfit.

Overfitting is caused when the training accuracy/metric is relatively higher than validation accuracy/metric. It can be handled through the following techniques:

In these techniques, data augmentation and more training data don’t change the model architecture but try to improve the performance by altering the input data. Early stopping is used to stop the model training at an appropriate time - before the model overfits, rather than addressing the issue of overfitting directly. However, regularization is a more robust technique that can be used to avoid overfitting.

Regularization is a technique used to address overfitting by directly changing the architecture of the model by modifying the model’s training process. The following are the commonly used regularization techniques:

Here’s a look at each in detail.

According to regression analysis, L2 regularization is also called ridge regression. In this type of regularization, the squared magnitude of the coefficients or weights multiplied with a regularizer term is added to the loss or cost function. L2 regression can be represented with the following mathematical equation.

In the above equation,

You can see that a fraction of the sum of squared values of weights is added to the loss function. Thus, when gradient descent is applied on loss, the weight update seems to be consistent by giving almost equal emphasis on all features. You can observe the following:

L1 regularization is also referred to as lasso regression. In this type of regularization, the absolute value of the magnitude of coefficients or weights multiplied with a regularizer term is added to the loss or cost function. It can be represented with the following equation.

In the above equation,

A fraction of the sum of absolute values of weights to the loss function is added in the L1 regularization. In this way, you will be able to eliminate some coefficients with lesser values by pushing those values towards 0. You can observe the following by using L1 regularization:

The following are the characteristics of dropout regularization:

These are some of the most popular regularization techniques that are used to reduce overfitting during model training. They can be applied according to the use case or dataset being considered for more accurate model performance on the testing data.