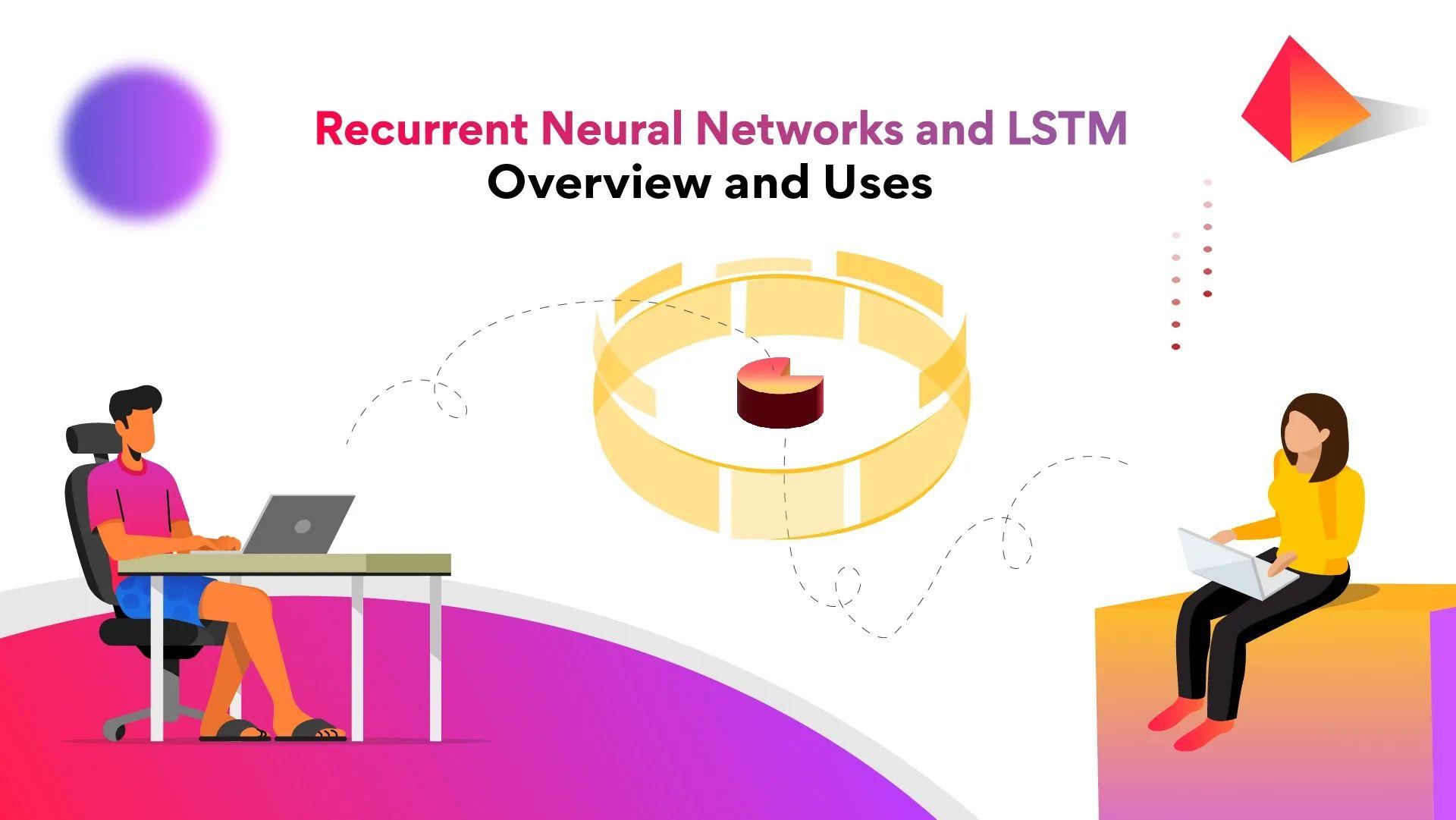 What if a software generates results from a data set and saves the outputs to improve the outcomes in the future? This is what RNN in machine learning does for you.

RNN assists in getting better results when dealing with sequential data by using the output from the prior encounter as an input data source for the following cycle.

In this article, we will discuss RNN, its operation, applications, and prime examples. Let’s get started!

Neural networks are the subordinates of machine learning (deep learning), comprising input and output layers with various hidden layers in between.

Given that you are familiar with neural networks, let's start by understanding what RNN is and where it is most commonly utilized.

What is a recurrent neural network (RNN)?

The input and output of standard ANNs are interdependent. However, the output of an RNN is reliant on the previous nodes in the sequence.

Each neuron in a feed-forward network or multi-layer perceptron executes its function with inputs and feeds the result to the next node.

As the name implies, recurrent neural networks have a recurrent connection in which the output is transmitted back to the RNN neuron rather than only passing it to the next node.

Each node in the RNN model functions as a memory cell, continuing calculation and operation implementation.

If the network's forecast is inaccurate, the system self-learns and performs backpropagation toward the correct prediction.

An RNN remembers every piece of information throughout time. It is only effective in time series prediction because of the ability to recall past inputs. This is referred to as long short-term memory (LSTM, explained later in this blog).

Convolutional neural networks (CNNs) are close to feedforward networks in that they are used to recognize images and patterns.

These networks use linear algebra concepts, namely matrix multiplication, to find patterns in images. However, they have some drawbacks, like

CNN does not encode spatial object arrangement. Its inability to be spatially invariant to incoming data

Besides, here’s a brief comparison of RNN and CNN.

CNN has more characteristics than other neural networks in terms of performance. When compared to CNN, RNN has fewer features.

Some of the downsides of RNN in machine learning include gradient vanishing and explosion difficulties. To tackle this problem LSTM neural network is used.

LSTM is a type of RNN with higher memory power to remember the outputs of each node for a more extended period to produce the outcome for the next node efficiently.

Gradient vanishing refers to the loss of information in a neural network as connections recur over a longer period.

For example, if an RNN is asked to predict the following word in this phrase, "have a pleasant _______," it will readily anticipate "day."

The input data is very limited in this case, and there are only a few possible output results.

What if the sentence is stretched a little further, which can confuse the network - "I am going to buy a table that is large in size, it’ll cost more, which means I have to ______ down my budget for the chair," now a human brain can quickly fill this sentence with one or two of the possible words.

But we are talking about artificial intelligence here. As there are many inputs, the RNN will probably overlook some critical input data necessary to achieve the results.

Here – the critical data/input is – “______ down the budget” now, the machine has to predict which word is suitable before this phrase and look into previous words in the sentence to find any bias for the prediction.

If there is no valuable data from other inputs (previous words of the sentence), LSTM will forget that data and produce the result “Cut down the budget.”

The forget gate, input gate, and output gate are the three gates that update and regulate the cell states in an LSTM network.

Given new information that has entered the network, the forget gate determines which information in the cell state should be overlooked.

As a result, LSTM assists RNN in remembering the critical inputs needed to generate the correct output.

RNNs are categorized based on the four network sequences, namely,

RNN: One to One Model

The one-to-one RNN is a typical sequence in neural networks, with only one input and one output. Application – Image classification

RNN: One to Many Model

One to Many network has a single input feed into the node, producing multiple outputs. Application – Music generation, image captioning, etc.

RNN: Many to One model

Many to One architecture of RNN is utilized when there are several inputs for generating a single output. Application – Sentiment analysis, rating model, etc.

RNN: Many to Many Model

Many to Many RNN models, as the name implies, have multiple inputs and produce multiple outputs. This model is also incorporated where input and output layer sizes are different. Application – Machine translation.

In a nutshell, RNN is defined as a neural network with some internal state updated at each step. Hidden states are employed to use prior information during output sequence prediction. Its applications include speech recognition, language modeling, machine translation, and the development of chatbots.

MySQL is a well-known open-source database tool that saves and arranges data in a meaningful and easily accessible manner...

With exponential growth over the past years, the data science field has become very popular in the IT sector...

CI/CD Pipeline: Everything You Need to Know

Why do we need RNN?

We need RNNs because they are good at processing sequential data. This is because RNNs can remember information about previous inputs in their hidden state vector and produce efficient results in the following output. An example of an RNN helping to produce output would be a machine translation system. The RNN would learn to recognize patterns in the text and could generate new text based on these patterns.

How is LSTM different from RNN?

LSTM is different from RNN because LSTM networks have a forget gate. This gate allows the network to forget information that is no longer relevant. This makes LSTM networks more efficient at learning long-term dependencies. These neural networks can handle input sequences of arbitrary length. LSTM networks are less likely to suffer from the vanishing gradient problem, whereas RNN is prone to this problem.

Why is CNN better than RNN?

CNN is better than RNN because CNNs can learn local patterns in data, whereas RNNs can only learn global patterns. For example - CNNs can learn to recognize objects in images, while RNNs would have difficulty with this task.

What are LSTM networks used for?

What is RNN in NLP?

RNN in NLP is used to process text data. RNNs can learn to recognize text patterns and generate new text based on these patterns. This is helpful for tasks such as machine translation and text generation.