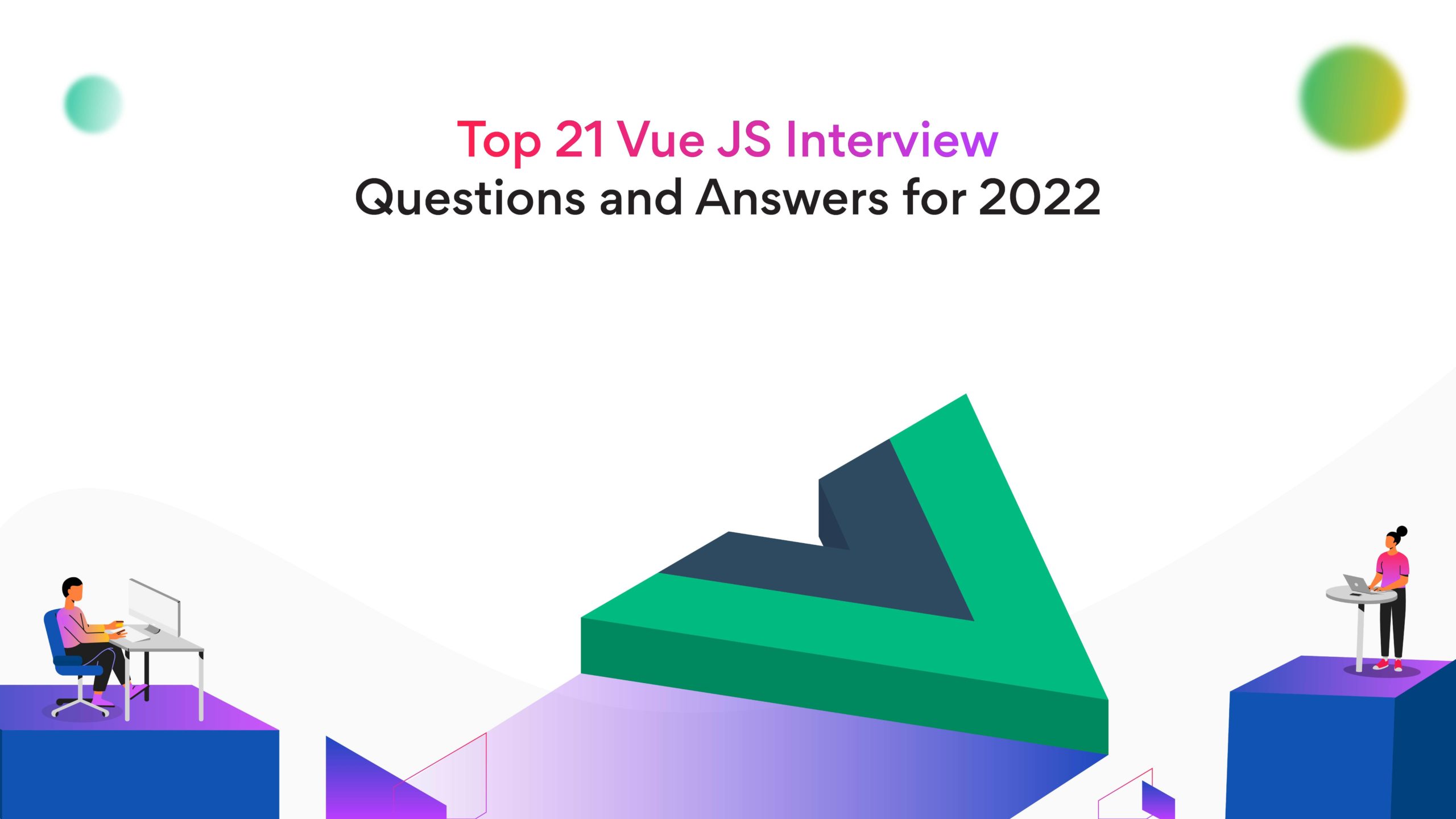 What is Vue JS?

Vue JS is an open-source, progressive JavaScript framework that creates dynamic web interfaces. Vue JS is one of the well-known frameworks for streamlining web development services. Vue JS focuses on the view layer, and it can be seamlessly integrated into large front-end development projects.

Vue JS installation is simple. In Vue JS, interactive web interfaces are simple to comprehend and quick to construct for any developer.

Vue JS’s initial version came out in February 2014. The framework currently has over 197k stars and over 32k forks on GitHub, making it highly rated and liked by developers.

What are some of the main features of Vue JS?

Here are some of the main features of Vue JS:

Related post: Here’s What You Should Know About Vue.JS

Related post: Vue vs React: Which Framework to Choose and When

These Vue interview questions and answers will help you prepare for a junior and senior-level Vue developer positions.

However, remember that there is more than just one correct response to open-ended Vue interview questions. Most times, interviewers are interested in understanding the rationale behind your responses. So, always be ready for questions about how you arrived at your solutions.

If you are an experienced and skilled Vue JS developer looking for a high-paying remote job, visit Turing.com. Turing’s developers earn better than the market average in most countries, working with top US companies.