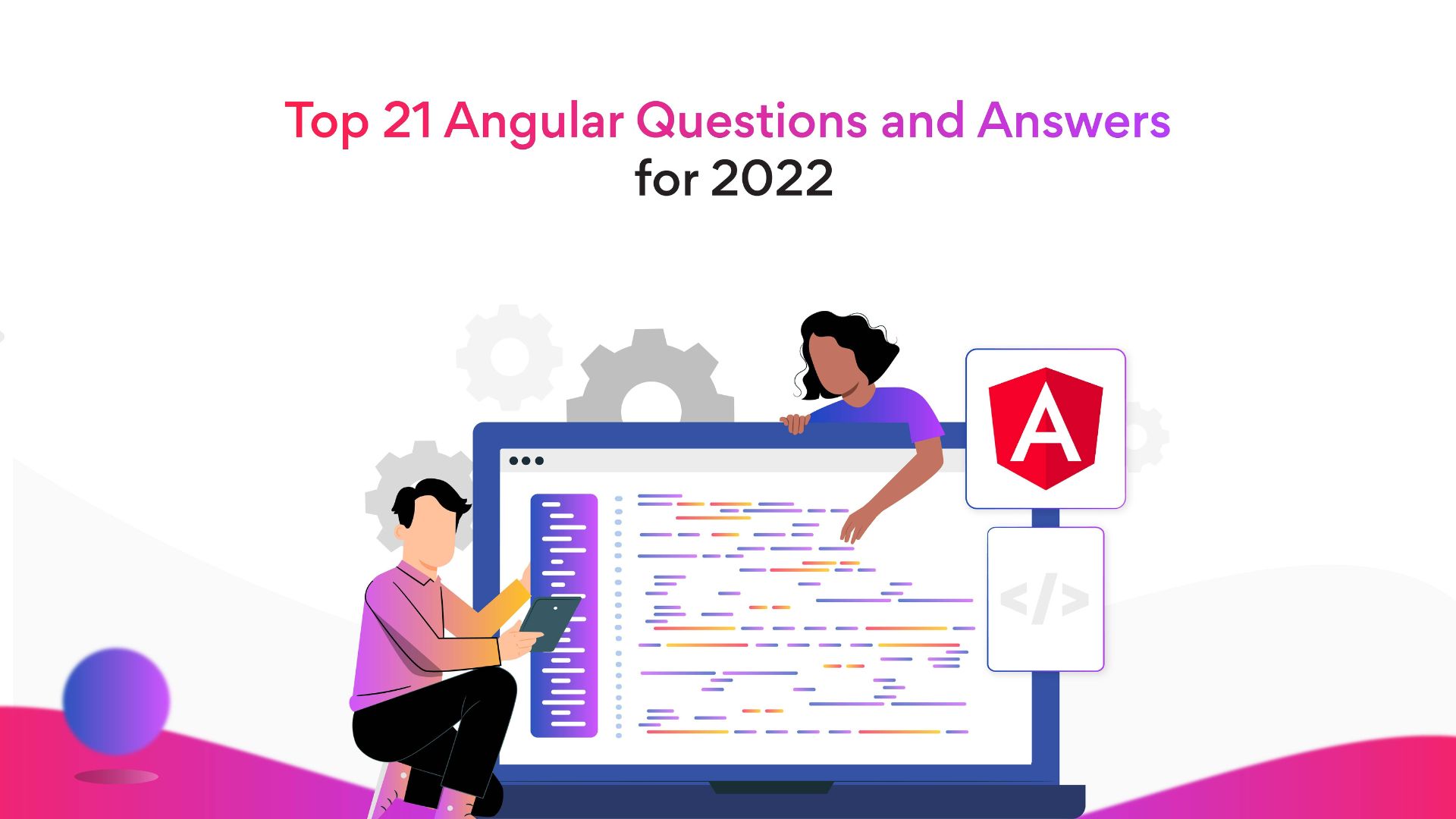 From social media to healthcare, from eCommerce to online banking, billions of people worldwide use the web and mobile applications for almost everything. These apps are convenient and help people with their day-to-day lives, offering seamless user experiences.

Have you ever wondered, how these apps offer such functionalities and features? Part of the credit goes to widely used web frameworks. There are various web frameworks and libraries to simplify app development.

Angular is a TypeScript-based open-source JavaScript framework run by Google. Angular’s primary goal is to create single-page applications. Angular has many advantages, as it provides a common structure for developers to work with.

Angular is a model-view-controller (MVC) framework. Angular gives clear instructions on organizing the application and supports bi-directional data flow with real DOM. There are six building blocks of an Angular application, which are as follows:

To gain insight into how a candidate thinks and what they can bring to your business, you should go the extra mile with your interview questions. These Angular questions will help you do the same.

However, a standard developer job role invites hundreds of applications, and similar questions can cause monotony. So, make sure to mix different-level questions in the interview.

If you find hiring and managing developers challenging, try Turing.com. Turing can help you fill roles in 3-5 days, and help you save 50+ hours of time. Turing has a depository of 1.5 million+ developers from 150 countries.

Article Name
21 Most Popular Angular Interview Questions and Answers
Description
Popular Angular interview questions: 1. What is change detection? 2. What are pipes? 3. What is Bootstrapping in Angular? 4. What is CLI? 5. What is Transpiling?
Author
Ankit Sahu
Ankit Sahu
Ankit is a writer and researcher who has extensively worked on blogs, emails, websites, applications, video scripts, and social media content for Govt. of India (Ministry of MSME and CBSE), global brands (Reebok and Abbott Healthcare), and homegrown brands (Republic TV, TimesPro, Chitale Bandhu and Kolte Patil Developers).
Related articles
Comments